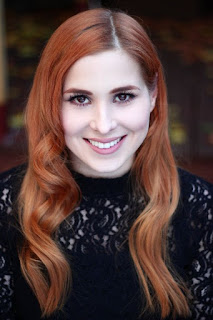 Paintball Massacre star Natasha Kilip offers up her advice to those considering a pursue in acting, the importance of social media marketing, and her dream to work Quentin Tarantino.

When did you get involved in Paintball Massacre?

I was one of the last actors to be brought on board. I think they struggled to find the right person to play Lauren. The writer Chris contacted me and asked me to audition & shortly after I met up with Darren the director & then 2 weeks later, we started filming.

Any noticeable differences between working on a smaller project like this to one of the earlier, bigger projects you’ve been involved in?

Usually with smaller projects there is a smaller team. But I love that because you all form a bond and become a little family away from home.

I imagine there’s some real pluses being in an indie production. What would you say they are?

Things just feel more authentic when it’s an indie production. It’s raw, and you see the crew and producers and director bend over backwards to make it work. You really get to see the process of film making when it’s a smaller budget and team and I love that. Whereas with bigger projects, you don’t really get involved as much in my experience. You just do your job and wait for the finished product.

And you’re likely encouraged to get involved in a team-level too?

Yeah. When you see everyone working so hard, you can’t help but offer a helping hand. Although most of the time I would offer and they would politely tell me to just relax whilst they did the grafting.

What makes your character tick?

I think anything makes her tick. Haha. She has a very low tolerance for anything. You might say she’s a bitch...

I imagine you were  a pretty tight-knit bunch. Who did you form the closest relationship with during the shoot?

To be honest with you- as cliche as it sounds- I grew close with everyone. Every day on set was so much fun.

You’re working at Blockbuster Video, back in the day, and this comes in - - which shelf do you place it on?

It’s tough because it’s a horror & a comedy. But I’d place it on the shelf next to Shaun Of The Dead & Zombieland.

If you were stranded on a desert island, and could only take one movie with you, what would it be?

I’d have to say David Fincher’s Seven. I never get sick of it.

And if you could only have one actor join you on that island, to keep you company, who would it be?

If you mean one actor from Paintball Massacre, I’d say Lockhart because he’s a bad ass and could hunt & gather for me. If it’s any actor, I would take Jennifer Lawrence. She would be an absolute hoot!

What are your future plans?

To continue grafting in the industry & put my name out there.

Any advice for those looking to tackle the industry?

Have thick skin. Don’t let anything or anyone get to you. Believe in yourself.

Do you consider social media a ‘must’ for any entertainment professional, these days?

These days, it is an absolute necessity. I’ve found in recent years that some people won’t even book you unless you have a good following. It’s crazy.

I’m not very good at the social media thing, but I try.

To work with Tarantino would be the dream. I know he said he’s quit directing- but you never know.

PAINTBALL MASSACRE is out now on Digital in the US and will be released in the UK on digital in April. 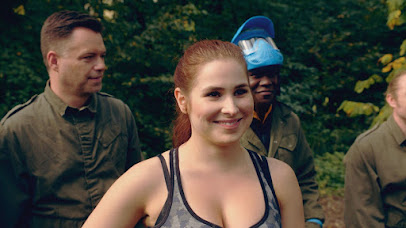