Who's watching you? Voyeur horror 'Eye Without A Face' on digital 23 August 2021 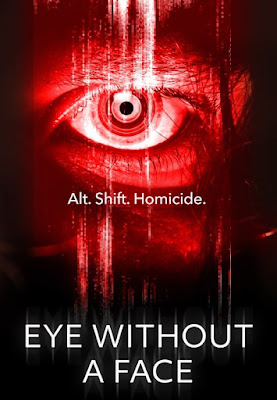 Do you know who’s watching this very moment? Brand new horror feature Eye Without A Face from director Ramin Niami (Paris, Shirin In Love) combines chills, thrills and bloody murder to bring the voyeur genre bang up to date. This edgy movie creeps on to digital 23 August for its UK Premiere from Miracle M.

Holed up in his LA apartment agoraphobic Henry (Dakota Shapiro – The Affair, Valley Of The Boom), spends his days hacking into the webcams of unsuspecting local young women, seeing himself as their protector and guardian angel, rather than what he really is… a stalker. But his creepy peeks take a sinister turn as he starts to suspect one of his ‘friends’, Laura (Vladka Verevko – South Park, Suits), is a killer…

When his YouTuber flat mate Eric (Luke Cook – Dynasty, Chilling Adventures Of Sabrina) steps in to try and put a stop to the twisted hobby, things take a turn for the worse. With Henry becoming more and more convinced that the woman is a murderer and Laura beginning to suspect she’s being watched, the two are soon on a collision course – who will make it out alive?