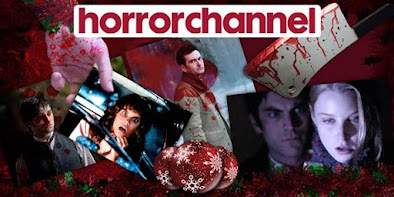 The residents of Los Angeles are awakened in the dead of night by an eerie light which is hypnotically drawing people outside before they suddenly vanish into thin air. As the world unravels, a band of survivors soon discover they must fight against the onslaught of a mysterious alien horde. Who or what are these extra-terrestrials and how long before mankind succumbs to their overwhelming power?

Desperately in need of a best seller to revive his struggling career, true crime writer Ellison (Ethan Hawke), moves his family to the scene of his most recent story; the unsolved, gruesome murder of a loving, happy suburban family. Shunned by the local community and strained by his obligations to his family, the discovery of a batch of home movies in the attic offers Ellison shocking proof to the crime he is investigating and the terrifying realisation that his investigation may be putting his family in mortal danger.

A small-time crook, who runs a valet parking scam, robbing rich client’s houses while they dine at a fancy Italian restaurant, inadvertently stumbles upon a far more dangerous criminal - a sadistic serial killer played by ‘Doctor Who’ star David Tennant - earning a chance to redeem himself. An audacious throwback to such 90s thrillers as AMERICAN PSYCHO, THE SILENCE OF THE LAMBS, CAPE FEAR and THE VANISHING, this crazy and outrageous jump-scare exploiter piles on the suspense and rips along at a nonstop pace to mind-chilling contemporary paranoia.

Based on the classic ghost story, The Woman in Black tells the tale of Arthur Kipps (Daniel Radcliffe), a lawyer who is forced to leave his young son and travel to a remote village to attend to the affairs of the recently deceased owner of Eel Marsh House. Working alone, Kipps begins to uncover the town’s tragic secrets and his fears escalate when he discovers that local children have been disappearing under mysterious circumstances. When those closest to him become threatened by the vengeful woman in black, Kipps must find a way to break the cycle of terror.

High school geek Arnie Cunningham falls in love with "Christine", a bright red 1958 Plymouth Fury which has seen much better days. Setting himself the task of restoring the car to its original condition, Arnie has become consumed with passion for the sleek, rounded, chrome-laden car. His friends are horrified but it’s too late - anyone seeking to come between them becomes the victim of Christine's horrifying wrath.

It's Christmas Eve. Angela Bridges (Rachel Nichols), an ambitious executive, is supposed to be at a family gathering working late. When she gets down to the parking garage, she discovers that her car won't start. Thomas (Wes Bentley), a friendly security guard, offers to help, but when he also invites her to share a small Christmas dinner he's preparing, she doesn’t realise the invitation is not optional. If Angela wants to live to see Christmas morning, she must find a way to escape from level P2 of the parking garage.

It’s Christmas Eve. Two college students share a ride home for the holidays. When they break down on a deserted stretch of road, they're preyed upon by the ghosts of people who have died there. Emily Blunt stars in her first horror movie from George Clooney and Steven Soderbergh’s joint production company, Section 8 Productions.
Posted by JD at 10:55