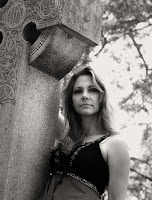 
As an actor, some of Traci's credits in film and television include Cold Case, The Wire, and Lovely Bones Most recently she worked with Terrance Howard and Colin Farrell on Dead Man Down and Silver Linings Playbook with Bradley Cooper and Robert DeNiro.

In 2011/2012, she developed and produced the web-series hit, Morbid Curiosity TV, which she also hosted.

Along with acting, she is an award-winning photographer. She has captured images from around the world including nature, wildlife and architecture.Whether it be Romania, Australia, Vancouver or Edinburgh, there are few places she has not been.

Traci has also been an active participant in many archaeological sites and historic preservation in and around the Philadelphia area for many years. It was through this that she had the opportunity to work in England as a photographer for the Wiltshire Heritage Museum as well.

She attended the New York Institute of Photography as well as studied creative writing and anthropology at Temple University and Montgomery County Community College. 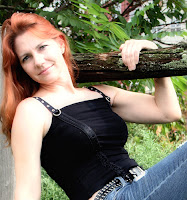 How did you become involved in acting?

Acting was something I always enjoyed. In high school I was part of a local television teen drama, ironically paranormal related, and it was there that I found I enjoyed all aspects of being on set both in front of and behind the camera. I’m not as involved as I would like to be given the limitations of the Philadelphia area but do what I can.

The paranormal was actually something I grew up in. We didn’t live in a haunted house or anything like that but on weekends my mom and grandmother would take me to historic sites or old graveyards mostly for the history but at a young age I would tend to ‘feel’ other things in the homes or locations. Thankfully when I mentioned it I wasn’t told to keep quiet or that I was crazy. Instead it was ‘yeah, that runs in our family’. I sort of grew up in more of an Addams Family house than a Leave it to Beaver house, which was awesome. I was actually working as an archaeologist on a site with possible ties to the pirate Blackbeard (and yes, that house was most definitely haunted) when I was invited to join a paranormal group. The church I currently attend also seems to be haunted so it’s something I tend to be around most Sunday’s now too.

Do you see interest in the paranormal as the same as horror movie buffs or is it something spiritual?

It’s a very odd field in this regard. For some it’s very much a spiritual reason, for some it’s an interest in the unknown and for others it is strictly scientific. I think for many first going into the field because they saw it on TV or for those who don’t get involved but enjoy the shows and movies it’s very similar to the horror movie buffs. There are conventions and expos all over the country for the paranormal. There’s no denying it can be fun going into old, dark buildings no matter what your level of interest is.

Tell us about your movie credits? 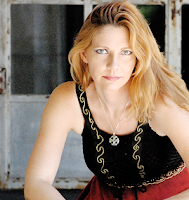 I’ve worked on a number of films over the years, including Silver Linings Playbook. We’ve been very fortunate to have a number of movies made in Philadelphia which has given me the opportunity to work with directors such as Peter Jackson, M. Night Shyamalan, James L. Brooks among many others as well as such respected actors as Jack Nicholson, Robert De Niro, Daniel Craig and Nicole Kidman just to name a few. Over the summer I was in L.A. and was asked to be a guest voice on Mysteries Most Macabre.

How much have you worked in the theater?

I avoid theater like the plague. I have the utmost respect for those who do theater but I am too chicken to do live productions. I admit it.

Do you consider the films you've been in to be more horror or thriller oriented?

There are many ranges of films but the ones that are in this genre I would put more thriller than horror, though recently I worked on the independent film ‘The Sickness’ which is definitely more horror. The horror/thriller genre is definitely a different type of set to work on in regards to there is a far darker humor behind the scenes. They are a lot of fun.

Please tell us all about Morbid Curiosity.

‘Morbid Curiosity TV’ came about from an idea I had for a show. I’m in a unique position of being involved in both the archaeology/history side of things as well as being involved in the paranormal. The current shows are quite popular with good reason but many historic locations started to shut down to the paranormal because of a lack of respect or regard for the site and the historic side of things. I wanted to combine both of those while adding an exploration aspect that is often involved. We were fortunate to be the first paranormal group to many of the locations and the first television production doing the paranormal for most places, including Philadelphia City Hall and Historic Boehm’s Church. The only problem was I kept forgetting to bring a flashlight!

Who are your favorite actors? 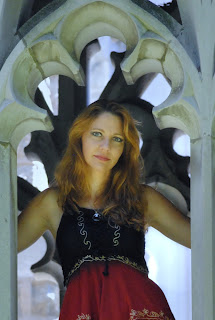 For talent? There are so many to list, most of whom are British. Maggie Smith is just brilliant as is Alan Rickman and Tony Robinson among so many others. I just admire how acting is truly an art to be respected there whereas too often in the US it’s who can do the stupidest thing and get a reality show anymore. However I refuse to name my favorites in regard to the drool factor in case any of them are reading this! LOL

Name some of your favorite horror books.

I don’t know if they fall under horror per se but the Pendergast series by Douglas Preston and Lincoln Child. I just finished the twelfth book in the series, Two Graves, and I still haven’t lost interest in the characters. Stephen King’s Children of the Corn and Pet Cemetery still freak me out too.

Name some of your favorite horror movies.

Nothing beats The Shining with Jack Nicholson. The original Amityville Horror is the reason I can’t stand basements and bay windows. My aunt and uncle live near the real house and drove me by it once when I was a kid – yep, that’s what my family does.

What started your interest in photography?

Being an outdoors person it was something I started doing with a point and shoot camera when I was out and about mostly wildlife. When I started traveling I enjoyed taking photos, maybe too many at times in the days before digital. Photography is something that just sort of merged with my other interests and became a way to tell stories that many people might never see.

What advice would you offer to aspiring actresses?

Don’t sit in the local coffee shop hoping to be discovered. The internet and technology has made it so easy for people to do their own shorts and shows. If you think you have something interesting do it yourself and put it on YouTube or your own website. Learn the process of editing, production and marketing, even if on a basic level. Be in front of the camera as much as possible. Network, network, network. I’ll be the first to admit it can be extremely frustrating to work so hard only to see a show like ‘Honey Boo Boo’ or the ‘Real Housewives of whatever county’ make it big but keep at it.

You've written a beautiful book with pictures of the U.K. and I gave it a solid five star review which it did deserve. Is England your favorite European country?

In a word, yes. All of the U.K. is so amazing and the people are so friendly. On my first trip to Edinburgh, Scotland I just felt like I was home. Years later I discovered one set of great grandparents migrated to the US from Edinburgh. On my last trip there I finally braved driving on the left side and ventured all over Scotland, North Wales and England. With ‘Enchanted Britain: A Photographic Journey’ I wanted to show the mystery, beauty and history of the U.K. with those who’ve never been there or who only stay in the more tourist destinations. So many places I found were completely accidental while driving along.

A paragraph about Traci and her work.

As an actor, some of Traci's credits in film and television include Cold Case, The Wire, and Lovely Bones and Silver Linings Playbook.

In 2011 she developed, produced and hosted the hit web-series, Morbid Curiosity TV.

Along with acting, she is an award-winning photographer.  She has captured images from around the world. Whether it is Romania, Australia, Vancouver or Edinburgh, there are few places she has not been.  Traci’s work has been published in numerous books and magazines, including Extreme Pets, the children's book, Little, Like Me co-written with Kelly McKenzie-Day and, most recently, Enchanted Britain: A Photographic Journey. She has also won many awards for her photography.

Traci has also been an active participant in many archaeological sites and historic preservation in and around the Philadelphia area for many years. It was through this that she had the opportunity to work in England as a photographer for the Wiltshire Heritage Museum as well.
Official site - www.tracilaw.net
Book site - www.enchantedbritain.webs.com
Posted by JD at 16:03