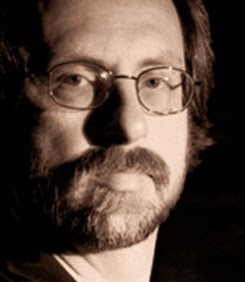 From scores to special effects, from Halloween stalkers to Star Trek, Alan Howarth’s electronic imagination has contributed to some of the biggest genre films of the ‘80s. Alternately wearing the hats of both composer and sound effects man, Howarth has collaborated with John Carpenter with the music on nearly all of his movies starting with ESCAPE FROM NEW YORK; he’s provided sound design and effects for POLTERGEIST, RAIDERS OF THE LOST ARK, all of the STAR TREK movies, THE HUNT FOR RED OCTOBER, Coppola’s DRACULA, TOTAL RECALL, and STARGATE, among others. As a composer, he’s scored all or part of the HALLOWEEN films. His latest film score is music for the terrifying horror film BRUTAL.

On a personal note, I’ve been a lifelong fan of Alan’s work. When I was 15, my cousin Erik and my friend Ron and I went to see HALLOWEEN 3: SEASON OF THE WITCH. We were all too young to see an R rated movie but we got in anyway. The movie changed my life. Although many critics panned the Halloween movie without Michael Myers, we loved it. One thing that was not criticized was the brilliant score by Carpenter and Howarth. I’ve listened to that soundtrack more times than I can count. It’s been the music that has inspired me to write short stories and eventually novels. A few years ago at the Monster Mania convention, I had the thrilling experience of meeting John Carpenter. I had him sign a copy of my first novel DARK FICTION.  He congratulated me on writing my first novel.

Now I’ve had the honor of  interviewing Alan Howarth who generously took time out of his  very busy schedule to talk to Masters of Horror U.K.. Alan, I deeply appreciate all of the time you took for us. Happy Halloween! 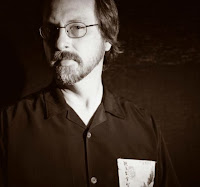 Tell us how you became involved in movie music?

My first outing in film was with sound for my wife’s student film at the UCLA extension in 1979. She needed a soundtrack and I decided to make it for her show. At the time I was working with a jazz band, Weather Report, as the synth tech for the keyboard player Joe Zawinul. I was familiar with the recording studio and applied that to the soundtrack, writing music and recording sound effects. This led to a recommendation to the sound team for Star Trek, the motion picture. The Star Trek film editor, Todd Ramsay’s next project was “ Escape From New York”. He introduced me to John Carpenter. John agreed to work at my home studio to create the score for the Escape. I just followed my instincts and took direction from Carpenter as to what he wanted for his film and added the entire latest tech to the soundtrack.
We went on to making soundtracks together throughout the 80’s. I also made several solo soundtracks during that time.


How many film soundtracks have you recorded?

I have created the film music so about 30 films. I have created sound design for 100’s, many huge blockbuster series Star Trek 1-6, back to the Future 2-3,and for The Hunt for Red October and Coppola’s Dracula, our team got Oscars for the best sound effects those years. 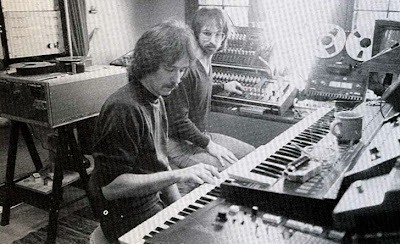 Tell us about your work with John Carpenter.

My first outing with Carpenter was the score to Escape from New York, I worked on Halloween 2-6, Christine, Big Trouble in Little China, Prince of Darkness, They Live and a little on The Thing. It was always a memorable and creative experience. It was John Carpenter’s film, so he gave the musical direction we went in and often came to the session with themes that he had created for the shows. 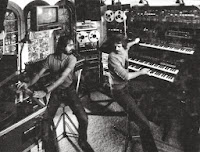 I had the studio and all the synth gear and my first responsibility was to keep is all running and in tune. We recorded to analog 24 track tape and I introduced the idea of running video tape synchronizes to the 24 track recorder for the scoring process. Carpenter loved the idea and called it an electronic coloring book. The score were improvised as they were created and the scoring was done in a linear fashion, from start to finish. I also brought in the first Linn drum LM-1 as a drum machine and used it to drive the analogue sequencers that we used to create the electronic music repeating patterns. I always brought in the latest technology to each new score and found this challenging, very rewarding and inspirational. Our scores grew in sonic complexity with both the evolving analog keyboards and also the emergence of digital sampling, midi and computer sequencers. 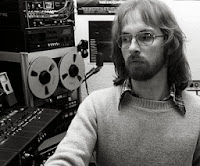 Please tell us what it was like to learn your craft when you were younger.

When I was in grade school, I was focused on art. I wanted to be a visual artist and showed lots of talent in my ability to draw, paint, and sculpt materials. My father had an accordion up in the attic that I dragged down and fooled with since I was 5. Music was a hobby and just something to fool around with, I played saxophone in the high school band.  I planned to be a great painter of something like that. In high school, I was the president of the art club and one day one of my classmates asked if I was interested in sitting in with he boyfriend’ band at a sock hop at a local high school. I played dance music from charts that night and at the end, he handed me 80 dollars, well, that was all it took to have me jump head on into music.

I got a bass guitar and started playing in local rock bands on the west side of Cleveland. The bands grew in popularity and eventually we made some records and were opening for bands like the Cream on the “Wheels of Fire” tour.

And The Who on the “Tommy” tour in 1971. I later took to musical instrument and sound recording business with a retail music store called PI Keyboards and audio with partner David Yost. I continued to writs music and had bands called “Braino” and Pi Corp that continued play in clubs and to record in studios the to 1976. In that year I want on the road with Weather Report and traveled all over the world with them. Little did I know that this was to prepare for the film music and sound business? 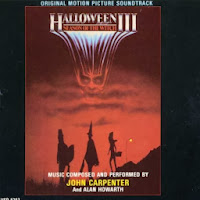 Do you enjoy creating the terrifying music of horror movie soundtracks?

When it came to making music for films, I drew from my favorite rock bands like Pink Floyd, Tangerine Dream, Genesis; I also looked to the Avant-garde composers like Stockhausen, Carlos, and Penderecki. I always enjoyed strange sound textures, and unusual sound juxtaposition. The best soundtracks for horror films are simple use of sounds, themes and silence. Quite passages leading up to loud dissonant musical textures the have you jump in your seat.


How do you enjoy doing special sound effects for movies?

I actually view sound effects as music in a way, I always think about sound design in terms of texture. Often my specialty is to create sound for fantastical images, dinosaurs, space ships, earthquakes, monsters, and future tech, what fun. I have also been on the cutting edge of multi channel surround sound in configuration like 48.6 of more. Immersive 3D sound, and natural frequency studies in nature own tunings (www.RAmusic.com)


Are there significant differences between working on your own projects and working for other filmmakers?

I love to work with other filmmakers and collaborate on music and sound designs. The project itself dictates the content and frames what we will do for it. I have actually been going out to play live concerts of the music I created with Carpenter as well as my own film music. When working on my own projects, it is most exciting to make projects that are pioneering challenges, you know, like being the first guy to try this or that way of doing things.

Well, one of the greatest accomplishments is to look back over the years and still have musicians and filmmakers come up and recognize the work I have creates. Like the soundtrack to Halloween III. The opening music is called “Chariots of Pumpkins’ although the film was not successful, the soundtrack still outshine the film 30 years later. Other great soundtracks are to Big Trouble in Little China and Prince of Darkness. Recently I have created soundtracks to some pioneering younger filmmakers like a film called ‘Brutal” and won 3 awards for the best soundtrack at festivals.


How do you come up with the original themes you create? Halloween 3: Season of the Witch certainly comes to mind.

Well, back to Halloween III. The theme to the opening scene was created on the ARP 16 channel analog sequencer. I dialed up the notes and we recorded it in several passes to tape. I played the melodic lead and Carpenter played several of the textured elements and then went on to improvise the tracks through out the film, one at a time. I would have to re-listen to the tracks to make a scene-by-scene narrative, but it sure was fun.

Low budget horror hold up because the filmmakers were forced to make shots that did not have elaborate special effects. Often the horror is unseen by cutting the face in horror versus the knife going in and spurting blood. Practical effects vs. CGI or just using old school filmmaking.

My latest Projects are films titled Brutal, House at the End of the Drive and next month, Zombie Night on SCFI channel. I am playing live shows in October in Atlanta, Ashville at the Mountain Oasis Festival, Brooklyn NY on Halloween and future shows on Chicago, Austin TX and Vancouver.

Well, looking back and then forward, it has been a great career run, from Star Trek and Halloween to monsters and ghosts, time warps and planet explosions. Go to www.Alanhowarth.com for more history and coming projects. I look forward to the future revealing more than we can possibly imagine from where we stand now.  I have several pioneering projects in natural music and realistic voice synthesis. I plan also want to collaborate with popular DJ who wants to work with me on new version of many of my themes using modern beats.

In addition, I am slated to produce and direct an animated feature series and continue on for decades to come.