Congrats, sir! Do you remember how you pitched the film to your investors and cast initially? What was it that got them to bite?

We had a great crew lined up  with a great story to tell.  It was exciting for everyone involved.  That makes it easy to fund.


There’s some brave stuff in there from some of the young performers. What kind of guidance and direction did you give them?

I spent a lot of time with Josh Stewart and Candy Clark.  The movie really banks on the details of their characters.  I could work a scene for 100 hours, but we had limited time, so the actors had to come prepared, and they all did.  I got to work a scene where Frank Whaley confronts Josh Stewart in the living room for about an hour, which is a lot of time on a short shoot.  That was a lot of fun.


The film goes to some pretty dark places. How did you decide on just how far to push it?

How far did we push it? I'm curious what the outside perspective would be on that topic. I'm a big fan of setting up A particularly violent or disturbing sequence so that the questionable act, whatever it may be, happens offscreen. For that reason I feel like he dark moments,could be okay for all audiences, but I do realize the nature of wha is being implied is pretty heavy.   So I'm curious how dark or disturbing it feels, since we intentionally did not go over the top with the on screen violence.

How has the reaction to the film been so far? I imagine it’s affected people different ways?

It has indeed. Some people love it some people hate it. All of the critics seem to love it so far. I think part of it's a appeal at the moment is the success of Stephen king's It. McDowell and King have a very similar style. The style of the movie itself is meant to resemble cinema from the late 80s early 90s. This movie takes place in 1989.


There’s a common belief that thrillers and horror movies are the easiest sell in the marketplace. Agree? Was that your experience?

That's bullshit.  It's just as hard to sell as anything (except dramas).  Cameras are cheap and people with cheap cameras love to make horror movies because they think they're easy to sell so there's hundreds of them in every market, which makes it hard for the buyers to select the winners. 10 years ago you could box any horror movie and sell it on DVD. I think it will be a bit of a resurgence of horror theatrically and in the home-video market. But I'm not sure exactly what it's going to look like with everything being digital now. 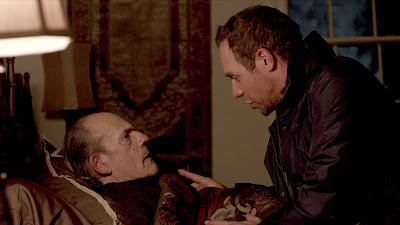 Besides filmmaking, you also work another job. Tell us about that and how that led to making your own movies.

Acting is my first true love. And there's obvious benefits to the job, like shorter hours, and having enough down time to eat, go to bathroom, that sort of thing. And your present enough to truly enjoy your co-workers. The director is always thinking about the next thing. Me and my Assistant Director will have swollen feet at the end of the day, and then go to the hotel and schedule till the wee hours of the morning, but it’s fulfilling in a self mutilating kind of a way. When I direct, my initial approach is identical to if I was acting in it. I breakdown the scene, and figure out what it's about. Once I've got that down, everything else comes easy (unless it's a complex sequence like the opening of Temple of Doom.  HUGE). It's a similar workflow, but a completely different beast. I will direct for the rest of my life, but when I'm in front of the camera the only thing I think about is my role, and how happy I am that I'm not directing.

Cold Moon is released on VOD and in select theaters October 6. 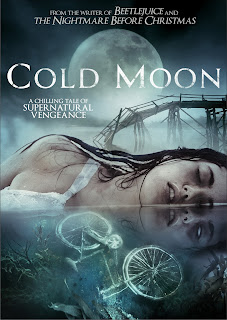