Interview with Martin Gooch - "The Gatehouse" 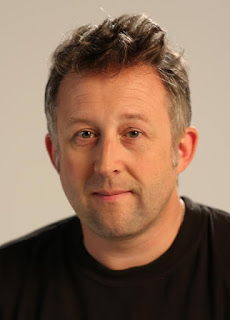 An ancient curse is unlocked in The Gatehouse, on VOD 12/5 from Uncork’d Entertainment.

Jack is a struggling writer recovering from the death of his wife. His daughter, 10-Year-Old Eternity, loves digging for treasure in the forest behind her house. In a coincidental turn of fate, Jack agrees to undertake a writing project about the ‘legend of the black flowers’ at the same time that Eternity discovers a mysterious object in the woods, and the forest wants it back. They’ve unlocked an ancient curse and must now fight for survival.

The film hails from award-winning director Martin Gooch, whose credits include many comedy shorts as well as films and series such as Death (2012), The Search For Simon (2015) and TV’s Hollyoaks.

When and where did the idea for “The Gatehouse” come up?

The actual building we filmed the Gatehouse at is a small 17th century lodge just up the road from the village my parents live in. It used to be quite overgrown and I had passed it a hundred times, and one day I drove past and the hedge had been trimmed and a young lady was putting up washing in the garden. I stopped my car and went over and said how much I loved the house and said I was a film maker. She said she loved movies and did I want to see inside, I said I’d love to and after having a look round and feeling totally inspired I said – if I write a film that fits your house can we come and film it here? And she said yes. Cut to 4 months later and I turned up with a film crew and made a movie.

What appealed to you about directing this particular film?

I’ve always been fascinated with ancient mythology, legend and lore, and The Gatehouse was an opportunity to explore this occult world. The image of Herne the hunter walking the forests of rural England with stag horns growing from his brow was an iconic ancient image I wanted to film, that was deeply ingrained into my English psyche.

Being a spooky flick, was it hard to ground? How do you maintain that balance?

I hope I have achieved the correct tone for the film, the audience may be the judge of that. Filming mostly outside and in the forest an in the ancient Gatehouse meant that spooky was not difficult to come by.  The dialogue was the place to explore some levity and the odd gag to relieve the tension and give the narrative a more than one tone pulse. 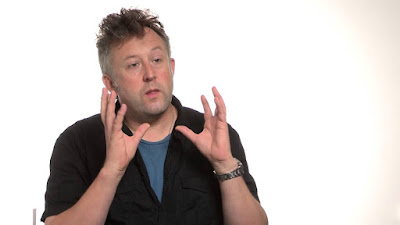 By the same token, what kind of direction do you give your actors that they don’t play it too over-the-top?

I’ve directed quite a lot of drama for film and TV over the years and the secret, in my humble opinion, of course is getting the right actors cast in the right role, if you find as a director you are giving constant notes to your cast then either: you cast the wrong actor, your directions are unclear or impossible to follow or your script is bad, which means you’ve got a problem.

Tell us about putting together the effects. Who gets the credit there?

Most of the VFX shots were done in camera and only a few shots were done with the aid of CGI. All the shots of The Horned God are 100% in camera with a bit of smoke and some helpful sunlight positioning. Kenny Frankland who worked on my last movie The Search for Simon is a hugely talented computer effects genius and did all the CGI on the film, I think there are about 20 shots. And the rest of it was done by me with after effects.

And what’s coming up?

I have literally just wrapped on my 4th feature film a sci-fi post apocalyptic movie called Black Flowers which is all about one families fight for survive in a post apocalyptic America.  We shot it in North California and Montana USA, and filmed in an actual nuclear bunker. It should be complete in the spring.
I was also invited to Beijing, China in the summer where one of my projects was picked up so hopefully that might graduate to production.

I’m also currently in the process of financing Alice on Mars, which follows the further adventures of Alice of Wonderland fame, she’s been to wonderland, she’s been through the looking glass and now she’s going to Mars. It’s a wonderful film full of excitement, adventure and sci-fi action!

There will be more films to come. 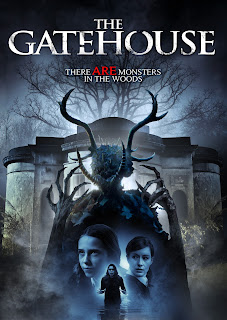