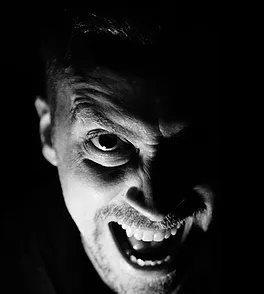 Duncan Ralston is the author of the horror collections Gristle & Bone and Video Nasties, the novellas Wildfire, WOOM, Where the Monsters Live, Scavengers and Ebenezer, and the novels Salvage and The Method. His screenplays have won and placed in several major competitions.

I guess I'd been interested in writing since I was very young but I started writing horror for myself, as in not for school, when I was 15. I'd begun reading Stephen King and Clive Barker around the same time, so I'm sure the two are correlated – but a fair amount of credit should go to my younger brother, who'd started taking art more seriously. Until then, drawing had been what I loved to do most, aside from playing with my Teenage Mutant Ninja Turtle figures. I gave drawing up entirely, partly out of spite, to concentrate on writing. And aside from a few minor transgressions – doodling while on the phone, etc. – I never went back to it.

I used to write a fair amount of fantasy-tinged horror in my teens due to my love of Barker and King. I typically write horror and thrillers now. I'm more interested in horror that's grounded in reality. The dark corners of the human psyche and all that. Which is likely why I prefer writing about ghosts over other supernatural creatures.

Anyway, I've always been interested in dark stuff, and I've always had an affinity for scaring people, grossing them out and making them laugh. It helps when I can do all three at the same time, which I can while writing horror.

I work in television, behind the scenes. Writing is a hobby that takes up a fair amount of my free time. Much as I would love for it to be a full-time job, I worry attempting to make it my only source of income would take much of the fun out of it. Fortunately, I like the job I'm in.

I usually use the term "dark fiction," as it encompasses anything from splatterpunk to crime fiction to transgressive, which gives me a fair amount of leeway in regards to what I can write.

There are countless studies about the appeal of horror, the psychological basis behind it, but I don't buy into most of that junk. Is it the sort of "thrill-seeking behavior" psychopaths exhibit? Or Jung's "primordial archetypes" buried deep within our "collective subconscious"?

It probably seems odd to call horror "escapist," but I think a fair bit of its appeal is escapism. Horror is a safe place to explore not only our darkest fears but our darkest urges. Is horror more popular now because the world is generally a safer place? Maybe. I doubt if we were living in a state of constant fear we'd appreciate horror as much as we currently do. 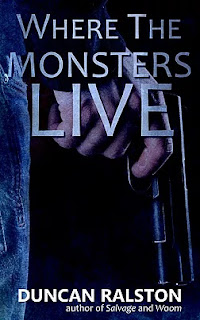 Anything can trigger a new story idea. My wife likes to joke that I'll find some way to twist even a nice memory into a horror story. She's not wrong. After a great dinner on our first trip together I jotted down notes for a cannibalism story from Gristle & Bone, "Fat of the Land." A story in Video Nasties was inspired by Robin Williams's death. Woom came to mind almost instantly while watching the movie Room, with inspiration drawn from Black Mirror's "White Christmas" episode, Lars Von Trier's Nymphomaniac, and the early books of Chuck Palahnuik. The short story "Baby Teeth" arose from finding what looked like a baby's tooth in the cupboard of a house I'd been renting at the time. Some ideas hit me so strongly I have to follow them to their conclusion. Most fizzle out before I even write the first paragraph.

Tell us about your book Video Nasties: A Horror Collection. You must be a fan of anthology film and TV shows. Which one is your favorite?

I have a deep appreciation for the anthology format, and fortunately there's no shortage of it on television these days. My favorites at the moment are American Horror Story and Black Mirror, despite a few weaker stories here and there.

Video Nasties was born out of my love for '80s horror of all kinds, but in particular, Tales from the Crypt and John Carpenter. I'm not a huge fan of themed collections, and I wanted to provide a wide range of horror, from psychological to "creature features" to body horror – the sort of hodgepodge you might find over the course of an anthology series. The title story is my most obvious homage to those stories that inspired me, featuring a dead horror director trapped in one of his own VHS movies for decades, and the film buff who literally stumbles across it.

The original version of the collection was bookended with stories about video horror (the Twilight Zone-inspired "How to Kill a Celebrity," in which a young woman becomes an editor of "standby" obituaries for TV news, once opened the book), and I'd planned to have my spec pilot screenplay, Imaginary Monsters close the book. But I dropped the screenplay as the collection was already fairly long, and I didn't think "Celebrity" was a good indicator of the other stories within, so I moved that as well. The titular story is a novella, and I think it's a decent story to end on – asking the reader to question what is fact and what is fiction.

Difficult for me to say, as I'm kind of stuck in the middle in Canada. The subgenres are all relatively the same. Gothic horror in the UK has its US equivalent in Southern Gothic. Both places have their own brand of folk horror. Both sides of "the pond" have their "literary" writers and their "pulp" writers. I guess the only real difference are the subtle variations in the language.

My top three haven't fluctuated much over the years. Stephen King's The Shining, which I've loved since I was 15, has held up very well (just reread it last year). It's a masterclass in tension and dread. Also Bret Easton Ellis's American Psycho, for its obsessive portrait of a serial killing yuppie. Then Richard Matheson's Hell House. Because Matheson.

Jacob's Ladder, Candyman and In the Mouth of Madness. I could watch any of them over and over again.

Not quitting the business when I've had plenty of opportunities.

Oddly, my biggest accomplishments so far haven't been for writing horror. My crime thriller screenplay, Ebenezer – an adaptation of Dicken's A Christmas Carol, with Scrooge as a hitman in the "Bleak House Syndicate" – placed highly in a handful of prestigious contests this past year. I'm pretty proud of that, although the accompanying novella hasn't fared so well.

Read a lot. Write a lot. You don't have to be a scholar, but at least learn the basics of grammar and punctuation. (You can't be a carpenter without the proper tools.) Always be learning, both in your writing and the business side. Be prepared for plenty of failures and rejections. Find likeminded people, whether in person or on the internet. Play nice. But don't compromise with yourself.

It's where I started, and my refuge when publishers go under or cause me grief. In 2016, I created a small press, Shadow Work Publishing, to republish my first two books and the novels of a few fellow ex-Booktrope writers. I've helped put out a bunch of great books over the past few years, including the VS charity anthologies and even non-fiction (Chad A. Clark's Tracing the Trails, a huge book about Stephen King's writing career, co-published with Darker Worlds). Some recent successes for Shadow Work have been Chad Lutzke and John Boden's Out Behind the Barn, which was just nominated for a This Is Horror award, and VS:X (the second VS anthology), nominated for a Splatterpunk Award last year. One of our latest books, Palace of Ghosts by Thomas S. Flowers, has been getting some excellent word of mouth – I think it's a great book and I'm proud to have helped put it out into the world.

I do feel like there may be a glut of new writers who don't have the necessary tools when it comes to grammar, sentence structure, etc. – but I'm not going to fault them for giving it a go. It seems like even the trad pubs aren't immune to typos and grammatical errors these days anyway.

It does mean, however, that it's becoming increasingly difficult to get seen. This has always been a problem for indies, but it now seems to be the case for established writers as much as newbies.

I've just finished a large novel about ghosts, which may or may not lead to a series. I'm currently working a spiritual sequel to my "extreme horror" novella, Woom, and revising a novel in wrote in 2012 about some supernaturally endowed older women.

Also, I'm tinkering with screenplay adaptations of my first novel, Salvage (about a ghost town submerged beneath a manmade lake) and my novella Where the Monsters Live (about a father hunting a pedophile while living undercover in Miami's former sex offender colony, "Bookville").

For six free short stories/novellas and to get the latest updates, join his website: www.duncanralston.com
Posted by JD at 11:31