THE WICKER TREE, which reunites director Robin Hardy with legendary actor Christopher Lee for a horror fantasy in the style of the 1973 landmark cult classic THE WICKER MAN, gets its UK TV premiere on Horror Channel and will screen on Sat 22 November at 9pm. 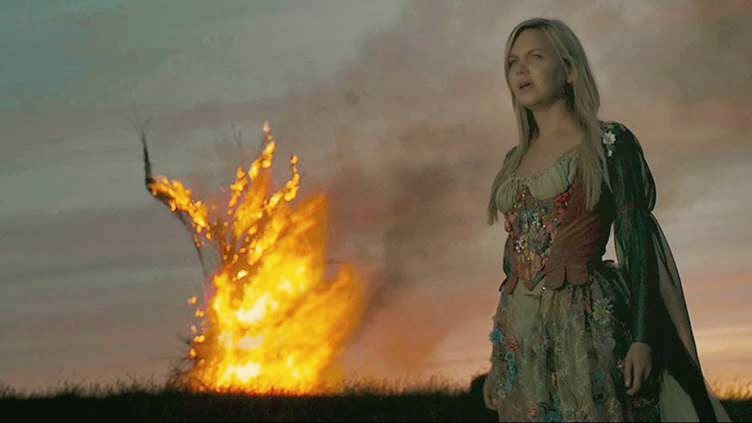 Synopsis: Based on director Robin Hardy's own novel ‘Cowboys for Christ’, a Texas gospel singer Beth (Brittania Nichols) and her boyfriend Steve (Henry Garrett) both devout evangelical Christians, are sent to Scotland on a mission to spread the word of God. After a concert in Glasgow Cathedral the pair are invited by Sir Lachlan Morrison (Graham McTavish) to preach in his remote border village, but soon the horrifying reality dawns on the couple as they learn the true significance of the Celtic pagan rites. Directed by Robin Hardy and co-starring Honeysuckle Weeks and Christopher Lee.

Plus on Friday 7 November at 10.50pm, there is a UK TV premiere for 2001 MANIACS: FIELD OF SCREAMS, Tim Sullivan’s gory, madcap remake of the infamous Herschell Gordon Lewis 1964 Drive-in classic.