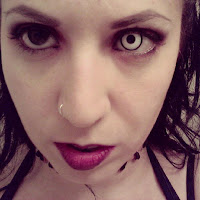 Intro:
Lady Hellbat is a Canadian internet horror host and a longtime contributor to Rue Morgue Magazine. She is a talented writer with great insights into all things horror and controversial opinions on some of the idols of the genre. In just a short time she brings great promise for being a bold new critic.

Tell us how you became involved in all things horror?

I went to school for sociology and after a while it started to inform the way I looked at all major media, but especially movies. I came to realize that the reason I gravitated towards horror was because it tickled my brain, and once I was finished with school I got into horror journalism and pod-casting. I certainly never thought horror would take over my life the way it did!

How many film horror films have you seen?

394. Or maybe it’s 439; sometimes I lose count. Seriously though, I have no idea. I’ve seen a ton of movies for my own pleasure and another ton I’ve had to see for Rue Morgue or The Faculty of Horror... plus, I had a brain injury several years ago, so I’m sure there are several movies I’ve seen and completely forgotten!

Tell us about how you came up with the name and persona Lady Hellbat.

Well, I played roller derby for about 4 years, and “hellbat” was my derby name. The first time I was featured on the Rue Morgue podcast, the host mentioned it a lot, so I decided to carry it along into my other creative projects. Plus, it’s a lot easier to spell than “Subissati”. Everyone instinctively doubles the ‘t’ at the end. I get it, but there’s just one ‘t’. 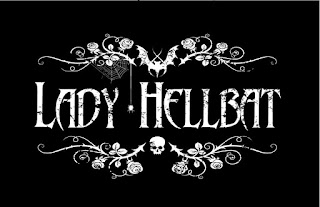 Please tell us about your favorite horror books and films when you were younger?

Before there was Goosebumps, RL Stine used to write a YA series called Fear Street. They were pretty tame for horror books - mostly high school drama with a bit of murder here and there – but they were my gateway into Stephen King’s bibliography, which I devoured voraciously. As for movies, I watched all the classic slashers when I was a teenager, but the ones that really stuck with me were the brainier fare; movies like The Exorcist, The Omen, The Thing, etc.

Who do you think is cooler Batman or Dracula?

There’s an interesting question. I’ll go with Batman! One of the things that always drew me to Batman was his duality; millionaire playboy by day and costumed crime-fighter by night. Nowadays, I’m working full-time at Rue Morgue so I no longer feel like my love of horror is my dirty little secret that I reserve for after-hours, but for a long time I was the academic sociologist by day and the bartending horror freak at night.

What is your most guilty pleasure in terms of watching a movie that is so bad it’s “good?”

I want to say Purple Rain but I feel like I should answer with a horror movie. Does David Lynch’s Dune count? I love that film but I can see why the rest of the world thinks it’s terrible.

Tell us about all things Lady Hellbat.

Let’s see. I work at Rue Morgue Magazine, where I’m essentially an administrative fire-fighter in addition to copy editing and contributing writing. After work, I’m either working on my podcast, The Faculty of Horror, or my YouTube channel, The Batcave!

How do you celebrate Halloween?

Sadly, Halloween has become a bit of an ordeal for me. For many years as a bartender, I’d always have to work Halloween parties and serve up drinks to people dressed up like Tiger Woods and kitty cats. Now, I have to work Rue Morgue’s Halloween parties… at least the costumes are better! Honestly though, when you work in horror, Halloween starts to feel like amateur hour. I guess it’s like what St Patrick’s day is to habitual alcoholics. 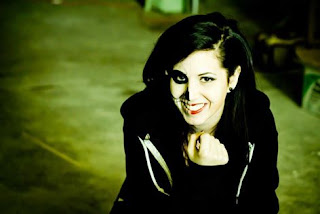 Name some of your favorite horror books.

I don’t have much time for leisurely reading anymore, but the last book I got really excited about was The Shining: Studies in the Horror Film. The Shining is one of my all-time favorites, and this book contains everything I ever wanted to know about what went on behind the scenes. Plus, I got to write a feature on it for Rue Morgue and interview the author, Danel Olson! He’s a lovely fellow.

What are your latest projects?

My YouTube channel is still new to me, and I’m working on ironing out the kinks. It’s such a unique medium – it takes a long time to learn its culture and norms and then settle into your own space within it. I held off on joining the YouTube community for years for fear of being in front of a camera, but it’s not so bad. It’s a really personal way to interact with other horror fans, and the community has been very welcoming and supportive.

Why do you think horror books and films remain so popular?

Are they popular? My world is so steeped in horror that I tend to lose perspective on how the rest of the world sees it. Part of horror’s tremendous staying power has to do with its ability to incorporate cultural fears and anxieties into its content. There’s no shortage of inspiration when it comes to things we’re scared of, and when the right filmmakers tap into the right anxieties, the resulting films are especially enduring.

What do you think is the best way to utilize Facebook?

As ubiquitous as Facebook has become, it’s important to remember that the site really gives you a lot of power to curate the kind of content that appears on your feed. I try to post daily content that’s fun and personal so that it feels like your old pal Lady Hellbat is just saying hi.

Please write a paragraph describing you and your work.

I’m a sociologist, journalist and podcaster. I earned my moniker playing roller derby for Toronto’s Gore-Gore Rollergirls. In 2010, my Masters thesis on the social impact of zombie cinema was published under the title When There’s No More Room In Hell: The Sociology of the Living Dead. Since then, I’ve been published in The Undead and Theology (2012) and The Canadian Horror Film: Terror of the Soul (2015). I joined the staff of Rue Morgue magazine in 2014, to which she is a frequent contributor.

In addition to writing, I’ve made guest appearances on the Rue Morgue Podcast and Pseudopod, and the TV horror documentary Why Horror? (2014).  I am co-host and producer of The Faculty of Horror podcast with writer Alexandra West, as well as co-curator of the Toronto-based horror lecture series The Black Museum, which I founded with Paul Corupe. In 2015, I launched the horror YouTube channel THE BATCAVE.

I stalk the streets of Toronto, Ontario, and can be found in my natural habitat, hunched over my laptop, and plotting my next coup.