Interview with Patrick O’Bell - Director of The Blessed Ones 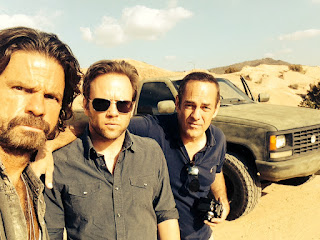 An isolated cult prepare for the prophesied apocalypse in Patrick O’Bell’s frightening The Blessed Ones, now available on Amazon Prime from Wild Eye Releasing.

An isolated cult hiding in a desert enclave prepare for an prophesied apocalypse, led by a charismatic Jim Jones-like leader. As the end of the world allegedly approaches, he binds them all to a suicide pact, in hopes of transcending earth for a new life in paradise. Two dissenters flee through the vast desert wasteland on the eve of the ceremony, hunted by the cult’s enforcer – who will stop at nothing to insure that they keep their part of the bargain.


Where did the idea for the film come from?

I was watching a documentary on the Heaven's Gate cult and found it terrifying.  That's when I decided I had to make a film on the subject of cults.


What about the script? How did it change, if it all, in the time between that initial draft and the shoot?

When you shoot on location, it often changes .  That was always the biggest challenge and it forces you to rethink the scene.   If you don't have a large auditorium that was written in the script, then you have to rewrite for a different location.   Once,  I did the initial edit, I decided to wite in additional footage to clarify the action a bit more and  cut the scenes that didn't play well on the screen.


Did you have your actors onboard first or did financing fall into place first? I guess it’s a bit of a chicken or the egg scenario, that one?

We got the main leads to agree to do it first and the financing followed.


Who of the cast do you think are closet to their characters?

Well as the director, I would say the cult leader, Elyon.  Haha.  I believed in most of the things he was saying except for all the crazy shit, of course.


Is there a particular moment in the film you really, really enjoyed shooting?

I loved shooting all the action scenes with Draco and Spencer.  Shooting outdoors is my favorite.

Not yet, but I would love to.  I wouldn't mind exploring this world more in a television series.


Any chance of a sequel?

I thought about it.  Someone asked me at the screening, but I have to be realistic and see how well this film does.

I'm working on a new horror slasher film, “Departer”.  It should be finished in 2018. 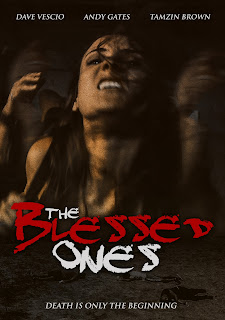