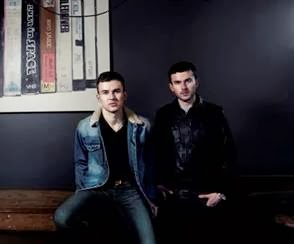 Australian brothers Paul China (left) and Benjamin, received rave reviews for their debut feature film, CRAWL, for which they have been compared to the Cohen Brothers.

On the eve of the film receiving its much deserved UK TV premiere on the Horror Channel, Paul China gives us some insight into the making of the film.

Have you always been a fan of horror movies?

I am equally frightened and fascinated with them – ever since I saw John Carpenter’s ‘Halloween’ as a child. Despite the fact that the horror genre is so popular and lucrative with cinemagoers, it is still sadly overlooked by some, and considered a low form of entertainment. A shocking notion, really, given some of the greatest films ever created can be labelled as horror – be it ‘The Texas Chainsaw Massacre’, ‘Jaws’, ‘Alien’, ‘The Shining’, ‘Psycho’ or ‘Rosemary’s Baby’.

Where did the inspiration for Crawl come from? 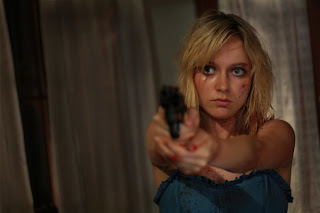 It was based on another script my brother, Benjamin, and I had written, a dark noir thriller titled ‘Howl’, which was set in East Texas . The finance for that project sadly fell through at the last minute, as is often the case in independent filmmaking, so we decided to make a different film, a suspense thriller, on a lower budget in Australia (where we were living at the time) – one that was influenced by Roman Polanski’s earlier films (particularly ‘Repulsion’ and ‘The Tenant’). Thus, ‘Crawl’ was born.

Did you have actors in mind when you were writing it?

We had one actor in mind: George Shevtsov. We had seen him audition for another film we were trying to get off the ground, some years earlier, and he had left such a unique impression. When it came to casting the role of the ominous, mysterious Stranger in ‘Crawl’, he was our first and only choice. He truly is a remarkable actor, one of Australia ’s best. His facial features alone are incredible, as is his striking screen presence. I could quite easily watch him read a phone book, truth be told.

Was it a difficult film to pitch and did you have much budget?

Fortunately, we did not have too much difficulty, in spite of our limited budget. We were making a suspense-thriller that was both entertaining and intelligent, a film that at numerous times features no dialogue or score. It was drenched in tension and rich atmosphere. That was key. We had planned the film very carefully – from the costume to the soundtrack to the camera work. Our cast, crew and financiers had the upmost faith in what Benjamin and I were aiming to create, despite the fact it was our first feature film.

Exciting, mostly. There were some nerves, obviously, but more than anything I simply wanted to roll up my sleeves and get to work. It took many hard years to get to the point of making my own film, and I consider myself fortunate to be able to do something that I absolutely love. We had unexpected troubles on that first day – heavy rain, equipment failure, etc – but I relished the challenge. The bat was in my hand, so to speak, and I was eager to swing.

Crawl is your first feature, was there a point that you’d thought you’d taken on too much or were out of your depth?

Never. Even during the sleepless nights and unexpected grey hairs. As a film director, especially one who writes, you have to be certain of what you are doing. If you do not believe in yourself, and the story you aim to tell, your crew and cast certainly won’t. For us, my brother and I, story-telling is our one true passion. Our first love. Everything else is secondary.

It gained huge critical appreciation, has that added pressure to deliver even more for your next feature?

Fortunately, Benjamin and I have written numerous other scripts, set in different genres, so we are only keen to keep telling our stories. Our next feature is already in development and is progressing well, so we have zero complaints.

You must be pleased it’s getting shown on the Horror Channel? 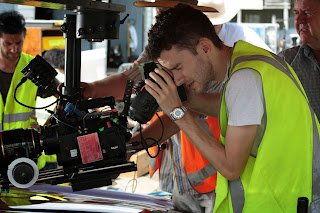 Extremely. We are admirers of the channel, and are aware of its loyal viewers, so to have our TV debut play here is simply fantastic. We couldn’t be more thrilled, frankly.

So what are you working on at the moment?

A dramatic-thriller set in the U.S. titled ‘Sweet Virginia ’.

Paul china, thank you very much.