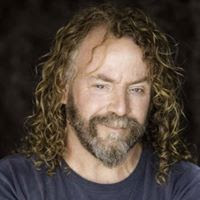 Ray Porter is from New York and worked for the Oregon Shakespeare Festival for twenty years. He has appeared in the movies Almost Famous and Argo. His televison appearances have included It's Always Sunny in Philadelphia and Sons of Anarachy. Ray's remarkable voice talent can be heard in several audiobooks including Jonathan Maberry's bestselling Joe Ledger series. One listen to his remarkable voice on the Richard Matheson Hell House audiobook and you will be hooked until the end. It was very generous of him to take the time to talk to Masters of Horror U.K. today.

Well, it was kind of the family business. I’m third generation as far as I know, there may be a few show business ancestors who wouldn’t admit it. But I wasn’t going to be an actor. I had been raised around theatre and I knew I wanted to do something that was “serious and responsible”. That lasted right up until I saw a production Of “Heartbreak House” by Shaw. I cannot really say why, but I left the theatre that night knowing that I wanted to be an actor. And that put paid to “serious and responsible”.

I’ve always enjoyed horror and some fantasy. I have always been a voracious reader and my taste is pretty eclectic. Good writing is good writing. End of. It doesn’t matter the genre, if it is well written then it is worth reading. I find turning your nose down at something because it isn’t something you are familiar with a little silly. I read all sorts of things. So when I started narrating audiobooks, I didn’t expect that I would get more books in one genre than another. But, happily, I’ve had the privilege of narrating some great horror and fantasy books that people seem to like. I’m glad about that and I find it fun to read too.


Do you think audiobooks deserve more respect as an art form?

I’m about to say something that some people may disagree with. It’s okay if you do. I feel about audiobooks very much the way I feel about being an actor. I tend to avoid calling what I do an art form. I believe the author or playwright has created a work of art and if I execute my craft well, then the audience or listener will create a work of art all their own inside themselves. It’s a little like if the postman came round and instead of delivering your mail, opened it in front of you and then decided what bits of your mail are important and then told you what to do with it. I really just want to deliver the letter the author has written to you as cleanly as I can. I am extremely grateful that people have liked my narrations, it would be laughable to say I don’t care what people think. But my goal is to help you enjoy the book you paid for. I think audiobooks are respected. It is an industry that has exploded in the last few years. 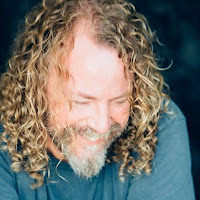 How would you classify the genre of audio books you are mostly associated with performing?

I’ve become fond of saying that if it has quantum physics or the word f**k in it, then it’s one I’ve narrated. I even had a physics book that had that word in it! That was a good day. I’ve gotten to do a lot of different things, for which I am very grateful. But quite a few of my books have science or monsters or guns in them. I hope I can classify them as “Fun”.

When you read the news or watch the headlines don’t you sometimes wanna be somewhere else? I know I do.

So many things. Music is and has been a very large part of my life and I draw a lot of inspiration from that. Again, eclectic as hell. You would find my iTunes collection pretty confusing.

I’ve just returned from living in England for a year and a half. Inspiration? Just look out the window. Go down the pub. Walk in the woods, walk around London. I’m going to try very hard to go back as soon as I’m able. There’s lots of inspiration for me there. Also, McVitie’s digestives with the milk chocolate on the top…. And Cornish pasties…. …….I digress.

The work of others inspires me. Musicians, actors, photographers, dancers, authors, other narrators. I listen to people a lot. I’m the guy eavesdropping at the next table in the restaurant, you might end up in an audiobook. 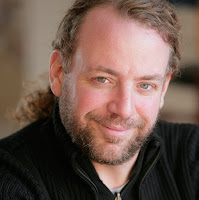 Tell us about your work on the audiobook version of the classic novel Hell House.

Such fun to do. It was really my first horror book. I had only done about ten books at that point. I really tried to just tell the story and stay out of the author’s way. When you have a book that is considered a classic, of course people have expectations about it. Maybe they’ve read it and might not like a certain choice I make with a passage in the book. I have to balance that with the person who has never even heard of the book and are encountering it for the first time. I recorded that at Blackstone Audio’s studios in Ashland, Oregon. They are great people and I’m so glad I started my narrating career with them.


Tell us how you became involved in Jonathan Maberry’s Joe Ledger series.

Grover Gardener assigned me the first book. I was available and honestly, it was my good luck that I was given the book. After it came out Jonathan Maberry wrote to thank me. It was the first time an author had ever contacted me, I was pretty excited. Right from the start, I read Joe Ledger and realized we were a good fit. I really do talk like him. Which has gotten me in trouble sometimes. Jonathan has since become a good friend.

Actually its very clear: In a British horror story if the character drives a car, that character drives on the left side of the road. In American horror, they drive on the right (unless under duress).

I don’t know that I can define a difference between horror in America and Britain. I’ve read some seriously frightening things from authors of both nationalities. Obviously, there will be some colloquial differences but, again, good writing is good writing. I’d love to narrate more books by British authors but I don’t have the right accent.


What is your favorite audiobook from another performer?

Oh man, thats impossible to choose. Grover Gardener, Simon Vance, Bronson Pinchot, Scott Brick, Erin Bennet, Xe Sands, many many other narrators. I listen to these people (many of whom are friends) and I wonder how it is I get to narrate books too. They are so good.


How much live theater have you done?

Lots. And I have the scars to prove it. 18 years at the Oregon Shakespeare Festival, lots of other theaters around the country. Years and years.


Who are your favorite actors?


What are your favorite horror books

That’s a big damn stack of books. I love “The Stand” and loads of Stephen King’s books. I’d love to narrate one of his. But there’s quite a few horror writers that I think are geniuses. Jonathan Mayberry, Neil Gaiman, H.P. Lovecraft, Peter Straub, Richard Matheson, etc.

Yikes. Another list. Alien, The Shining, 28 Days Later, The Exorcist, The Ring, The Conjuring, Ghost Story, Nosferatu, The Cell. Those are the ones that spring to mind right now.

There’s a few things that come to mind. It’s nice to be nominated for things and sometimes even to win them but that’s not really what I think of when I think of as an accomplishment. I was playing Rosencrantz in “R+G are Dead” in San Francisco years ago. One afternoon I was crossing the street and a taxi drove by. As it passed, the driver leaned out and banged on his door and yelled “Hey Rosencrantz, you were great!”. That is about the coolest thing ever. Other than moments like that, just being able to keep working is accomplishment enough.


Do you have any advice for new actors?

If you want to be special, recognize that you aren’t special just because you are an actor. Read everything you can get your hands on. Recognize that the people working backstage are the ones who are really working and stay respectful and humble. Recognize that people come to see you perform not because they want to admire how skilled you are but because they want to be told a story and to feel something. The best drama or comedy is really ultimately just about humans being. Figure out how to best do that without getting in the way.


Is there a rise in self-published authors getting their novels turned into audiobooks?

I think so. Audiobooks have become such a major part of book sales in recent years that of course authors are looking at that option to get their books out there.

I’m working on a very cool couple of books for Podium Publishing, and I think I’ve got a project for Blackstone coming up that excites me but I don’t want to give anything away right now.

I grew up in a small town in Indiana and came to the West Coast for College. I have a degree in acting from CalArts. I worked for 18 seasons at the Oregon Shakespeare Festival in Ashland, Oregon. Also I’ve worked in other theaters. I’ve been in a lot of TV shows and films. I have a son who is 9 years old and is utterly amazing. Plus, he’s an athlete and I’ve no idea where that came from. So, I went from being a theatre actor to being a hockey dad in just a few short years. I love reading. I am endlessly grateful that I get to narrate audiobooks. If I wasn’t recording them, I’d probably have a few more books on my nightstand than I do right now. I like to work under the hood of my 1969 Mustang Mach1. If I ever get to where I can tune a carburetor as confidently as I approach text, I feel I will have accomplished something. I play guitar. Im an astronomy geek and a total fanboy of anything to do with NASA. I moved to England a year and a half ago and fell completely in love with that country. I’ve since returned to the states and I am going to try very hard to be able to move back there. Just writing about it makes me want to head down to my local for a pint. I keep looking out the window here in L.A. and expecting to see Hertfordshire out there.

I am grateful and humbled by the positive responses I’ve gotten from my narration and I will endeavor to keep earning them.

Also, I’ve learned that if you let an actor talk about himself, he will take up more than one paragraph.


Huge thanks to Ray for joining us today, here are some links if you would like to find out more and follow him on social media.