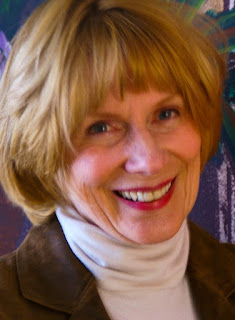 Katherine Ramsland is an American non-fiction author and professor of forensic psychology. Ramsland has written 60 books and more than 1,000 articles, mostly in the genres of crime, forensic science, and the supernatural. She is also a professor of forensic psychology and criminal justice at DeSales University.
When did you first become interested in writing?
Although I hand-wrote a 1,000-page novel when I was 15, I didn’t realize I wanted to write professionally until after I achieved my Ph.D. And even then, it didn’t become a consuming interest until I was in my 30s. I started with academic books, then wrote Anne Rice’s biography, then just kept going into all kinds of subject areas, including some vampire novels. For a while, I wrote horror fiction, but my primary interest over the past two decades has been forensics and crime.


How did you get involved in writing about famous serial killers?

When I was a kid, a serial killer was murdering young women in my area. I remained curious about it, so during the late 1990s when someone posted a website, The Crime Library, for true crime narratives, I offered to write about him. Then I wrote another story for them about another killer. Then Court TV bought the website. I got all the work I could handle, most of it about serial murder cases. I didn’t aim to become an expert, but that’s what happened. I then launched into writing books about extreme offenders and crime stories.

My first publisher was an academic press, as I turned my dissertation, Engaging the Immediate, into a book. My first commercial publisher was NewAmerican Library, for the Rice biography. That editor later became my literary agent. I’ve had quite a few different publishers over the years, with 69 books published, and more coming. Each publication is an event, though. I love to see the finished book. And I love to always be starting a new one. Some are only in e-book form, which saves me some space.

I write in many genres. Academic nonfiction, narrative nonfiction, true crime, biography, travel, self-help, fiction, etc. Most of it these days is about some kind of crime. My latest fiction series involves a forensic psychologist who manages a PI agency and takes on difficult cases, including those with paranormal overtones. Like I do. I enjoy writing biographies as well, or anything that helps to learn about new places or people. I’ve written a lot of books about forensics and investigation as well. 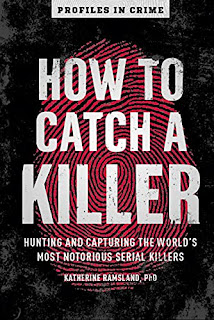 https://amzn.to/3vvRY8t
Why do you think horror and murder mystery books remain so popular?

People love the intrigue of puzzles and the titillation of dark motivations and potential danger from unknown forces. It raises the emotional level while not really putting them in danger. And with crime, readers want to know how offenders became criminals and why they did what they did, especially if it’s extreme or exotic. I teach courses on extreme offenders and there’s no end to fascinating cases. It’s an expansion of who we are as humans, because they’re doing something that seems beyond human limits. Horror is similar, although perhaps not intriguing in the same way. But the frame of safety that allows us to explore and experience danger or the unknown has eternal appeal.


What inspires your stories and topics?

Generally I see intriguing cases. My fiction almost always incorporates actual events or cases. Or I’m intrigued by an offender who’s an outlier, who’s different in some way. It makes me want to explore. My driving motivation as a writer is to learn something new. I’ve never had a block. I’ve been writing for almost 40 years but I’ve always found something interesting to pursue.

It’s been so long I can’t really think of one, aside from Peter Straub’s Ghost Story. It might have been the first time I ended a book with the sense that the act of reading it had made me a target of whatever was out there. It was now aware of me. But I was pretty young at the time. Having immersed so much in crime, it’s difficult to find something that would really scare me, or even give me that shiver of horror. I see so much real stuff that’s horrifying.


Do you think Hannibal Lecter is the greatest fictional serial killer in movies and books?

No. He’s absurd, psychologically. The problem with knowing how the psychology of serial murder works is that when fiction writers make stuff up that doesn’t work, it has little impact for me. And he got increasingly more absurd with more novels written. I think Anton Chigurh from No Country for Old Men is far more realistic and disturbing. He’s unrelenting and unconcerned about anyone’s situation.

The five years I spent in intimate conversations with BTK serial killer Dennis Rader to write his autobiography, Confession of a Serial Killer. I didn’t expect it to take so long, but the work did make a contribution to the field of forensic psychology. I was also pleased with the limited-series documentary made from it.

The most important thing a writer can do is find a support person or group – someone who isn’t your mother. I don’t mean a critique group. I mean people who will keep assuring you, “It will happen,” “Your stuff is good,” “Don’t let a rejection get to you.” I have a couple of friends who’ve been cheerleaders and readers for years. They’ve seen me through lots of disappointments, helped me celebrate successes, and helped me keep my vision alive. 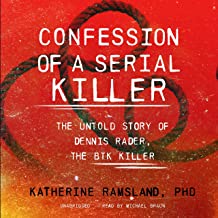 https://amzn.to/3tjG7aZ
What is your opinion of the new self-publishing trend?

There are pros and cons. It’s great to have more opportunities to have publications get out there that might not work for mainstream publishers, but too many people aren’t careful about it, or don’t care about a quality product, so the marketplace is glutted with substandard manuscripts. That’s the negative part.

As mentioned above, I’m writing a 3-book fiction series about a forensic psychologist who runs a PI agency and takes on difficult cases, especially those involving missing kids. I’m also launching into another book with a serial offender whose name I can’t yet reveal. I don’t think this one will take 5 years, but it will make a similar contribution as the one I wrote with Rader.

I teach forensic psychology at DeSales University in Pennsylvania, where I’m also an Assistant Provost. I’ve appeared as an expert in criminal psychology on more than 200 crime documentaries and magazine shows, am an executive producer of a show Murder House Flip, and have consulted for CSI, Bones, and The Alienist. I’ve published more than 1,500 articles and 69 books, including The Forensic Science of CSI, The Forensic Psychology of Criminal Minds, How to Catch a Killer, The Psychology of Death Investigations, and Confession of a Serial Killer: The Untold Story of Dennis Rader, The BTK Killer. I was co-executive producer for the Wolf Entertainment/A&E four-part documentary based on the years I spent talking with Rader. I consult on death investigations, pen a regular blog for Psychology Today, and am currently writing a fiction series based on a female forensic psychologist who manages a private investigation agency.
Check out Katherine Ramsland on Amazon at https://amzn.to/3vCAYh3
Further Links
http://www.psychologytoday.com/blog/shadow-boxing
https://www.facebook.com/Kath.ramsland/
https://twitter.com/KatRamsland
Posted by JD at 10:37