Tell us how you became interested in illustration & art. 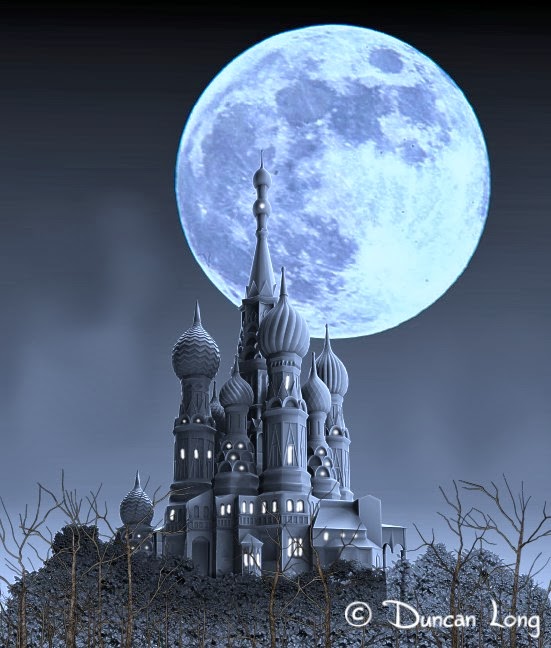 Well, I’ve just always been drawing since I can first remember. At about three I was creating figures (not just stick figures but with volume in their arms and legs) and captioning them with “pop” and “ow” as they shot each other (yes, a violent little child).

From there on illustrations has just a part of my life like eating or sleeping and it was more “life” than an interest in life, I guess.

When I saw a chance to start making a living as a writer/illustrator, I jumped at the chance, discovering my ability to add illustrations landed a lot of extra work. Eventually I sort of migrated to mostly illustration work rather than writing or writing and illustrating my own work.

Why the interest in book covers for horror fiction?

My mom always read books to me (and my sister), so books have been a big part of our lives. And for me, often the covers were often an important part of that experience that I grew to love.

While my mom didn’t read horror books to us per se, we were exposed to some of the old fairytales, Bible stories, and science fiction novels — and many of those stories have elements that are pretty terrifying even for adults, especially in the case of some of the old German fairytales.

What has helped you improve your craft?

I’m pretty much self-taught, though my dad (who is also a writer and sometimes drawer) gave me some pointers early on that got me started in the right direction.

I think studying art by other artists is always a way to grow, and the Internet really opens up the world to us today.

But mostly my techniques have slowly improved because I keep drawing, painting, and so forth. That’s what really enables and artist to get better. The craft end of artwork is important, and in many ways it’s simply a matter of the hours you put into it. The more work you do, the better you get.

When a certain level of skill is finally achieved, you can just produce what you want to see without having to struggle with the “how-to” of doing the work. Your fingers just know what to do to make it happen.

What do you consider your greatest achievement as an artist so far?

I’m not sure an artist is the best judge of the value of his work. And I tend to see my most recent work as my best.

I think I could argue just being more or less constantly employed as a freelance illustrator is my best achievement. I often see really talented artists (and writers and musicians) scrounging for work and my heart just about breaks for them and then I have a “there but for the Grace of God” moment when I realize a lot of what a person sees as “achievement” is a matter of being in the right place at the right time, ready to seize the opportunities that are presented.

So I guess my achievement might be one of “keeping on keeping on.” Generating more paintings and bringing in more-or-less steady income.


Do you work with more mainstream or self-published independent authors?

Well, I’ve seen a shift from large publishers to “indie” authors and small presses over the last ten years. Many people don’t realize it, but there’s really been quite an upheaval in the publishing industry over the last few decades, with a big shift from traditional publishing through agents and established presses to self-publishing via POD (print on demand) and ebooks.

I’m not sure where we’re headed in publishing, but it is most certainly an exciting ride getting there.

Have your political or philosophical views shaped your art in some way?

I suppose so. I’m sure of it, in fact. I don’t know how it could be otherwise. I’m a person who likes to see the good in people, but I also believe there are truly evil people in the world who will cut your throat as soon as look at you. So some of my artwork is pretty dark as I come to grips with that truth, and as I try to force people to see that there are two sides to human beings, both a goodness but also a monstrous waiting to get out if we let it.

I also tend to bring in “references” from mythology, the Bible, and elsewhere in some of my work. So sometimes what might on its surface be a science fiction, horror, or whatever picture may have some classical ideas behind it. 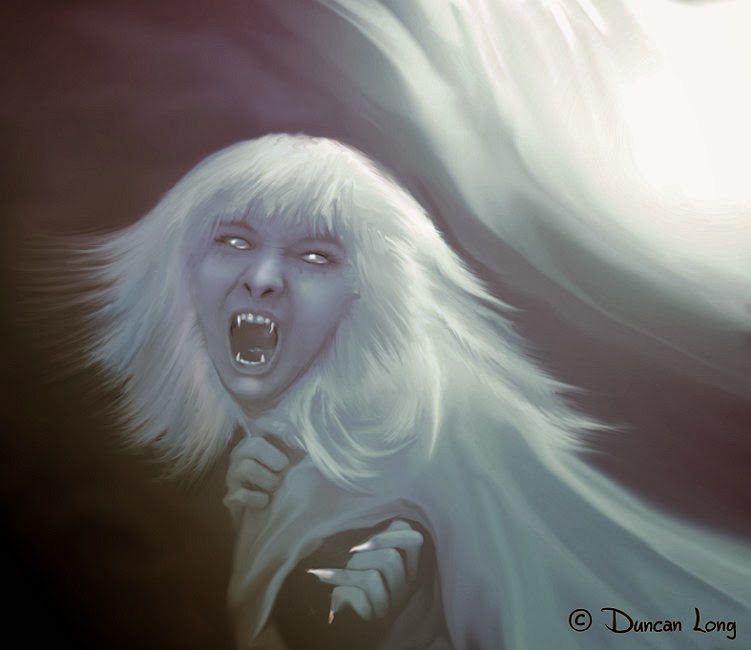 For example, I have a rather chilling picture of a robot holding a skull (for Stephen Quayle’s upcoming Xenogenesis book). Those familiar with Shakespeare often realize it is a not-too-obtuse reference to the scene in Hamlet “Alas, poor Yorick! I knew him well.”


Which writers (whom you have worked with) have inspired you the most?

That’s a hard one. Most art directors and self-publishing authors come into a job with some pretty good ideas, so it’s hard to single anyone out and say one or another one was been the most inspiring.

Right now, the work I’m doing to help illustrate Steven Quayle’s upcoming Xenogenesis has probably been the most interesting. Ditto for Jeremy Turner’s Animal Tales. These illustrations are black and white and getting the subject matter to be clear to the eye while having a lot of detail is tricky. So from that standpoint, these have really pushed my limits and forced me to develop some new techniques to deal with the challenges involved.


What is your most frightening book cover? 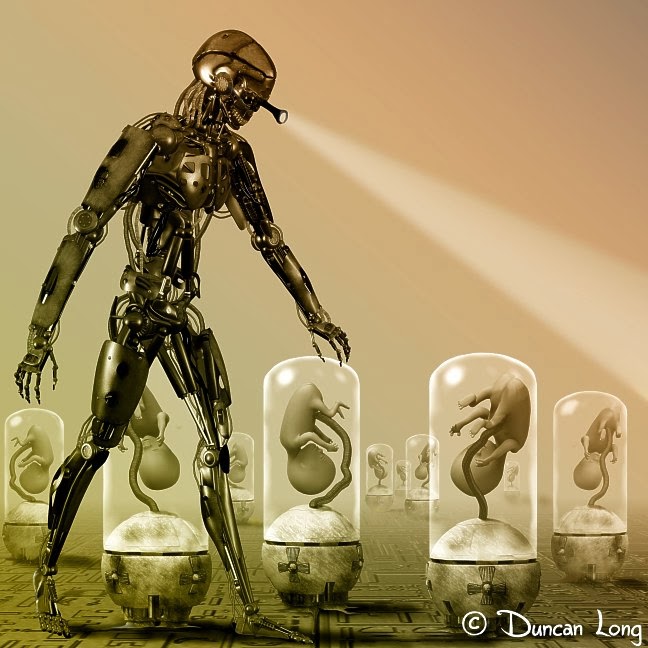 For art directors, those I sent in that weren’t what they wanted (ha).

But, actually, I think a cover illustration I did for Lamplighter magazine (and the twist here is that it’s a religious publication) probably would be the one I find most frightening. Called “The Serpent’s Curse,” it pictures Satan in the Garden of Eden, shaking his fist at (apparently) God with the lower half of his body being serpent-like. I find it almost obscene to look at and for some reason frightening. Possibly, I’m the only one that considers this horrifying or frightening — but I do.

For horror book artwork, I think my “Ghostly Things” is probably my most frightening to date. (It was recently purchased by Mary Maddox for an upcoming novel, and I’m afraid I don’t know what title it will be published under).

“Sometimes Darkness Wins” is another I find spooky. I sold the rights to it to Adam Wright for his novel Down to Earth. 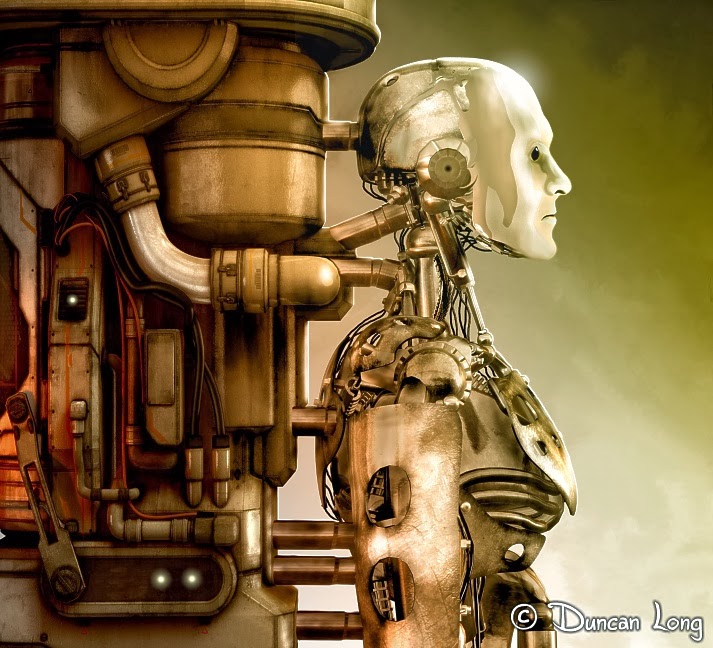 I find in general the artwork that falls into the “uncanny valley” of being almost but not quite human is the most frightening for me. A “beautiful person” who you happen to notice has a little too much glow in the eye, a tooth that is a little too pointed, etc., tends to scare the heck out me.


What is your most bizarre/surreal book cover?

“Agendas” — but no one has ever purchased the rights to it. Possibly it’s too strange. I may soon make a print of it as I suspect a lot of people might like hanging a copy on their walls as a conversation piece.

Poe’s books of short stories have really stood the test of time and I enjoy them. Some of Stephen King’s works are pretty captivating; The Tommy Knockers comes to mind (though I suppose some might classify it as science fiction). I like some of the genre-bending stories like some of the stuff Harry Turtledove writes.

I tend to like psychological terror rather than blood and guts stories whether with books or movies. Blood and guts always seems like an easy out for a writer and I just don’t enjoy those stories.


Name some of your favorite horror movies.

Alien and Aliens while technically science fiction really work as horror movies (I think). I still find parts of the old Frankenstein and Dracula (with Bela Lugosi) movies frightening — though overall these two are a bit tedious for those of us who enjoy more fast-paced work. 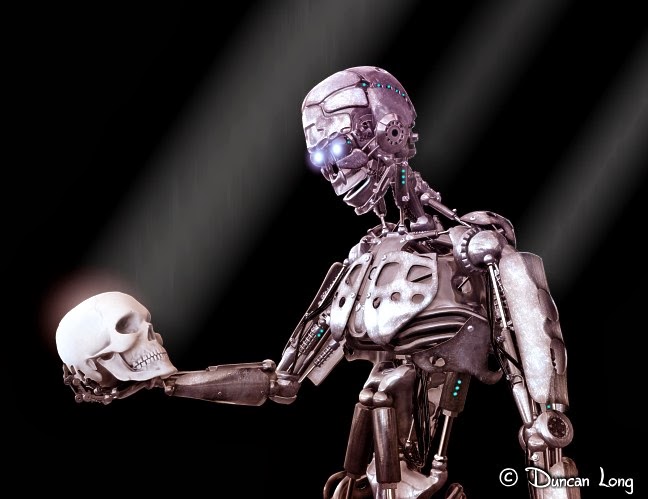 The Haunting (which is a remake of The Haunting of Hill House which I enjoyed as a kid, but not so much now) has some wonderful scenery even though its thrills and chills are a tad thin perhaps. The old 1963 film The Haunting (created from one of Shirly Jackson’s horror novels) as has this same sort of feel with some good chills — especially where the doors are bending in with some ghostly weight, an effect that since has been copied a lot but which was new at that time.

Poltergeist is good, though it has some of the Steven Spielberg slickness that I find a little distracting (don’t get me wrong — he makes bang-up movies).

The original Japanese version of The Ring definitely has a high creep factor, especially with the ending they have on the movie. Blair Witch Project was a nice one-off story that worked well, but it seems like all others attempting such films have been destined to failure to date (at least for me).

The original Psycho has stood the test of time, and being in B&W adds a certain interest to the movie — Alfred Hitchcock’s camera work is always amazing to watch. 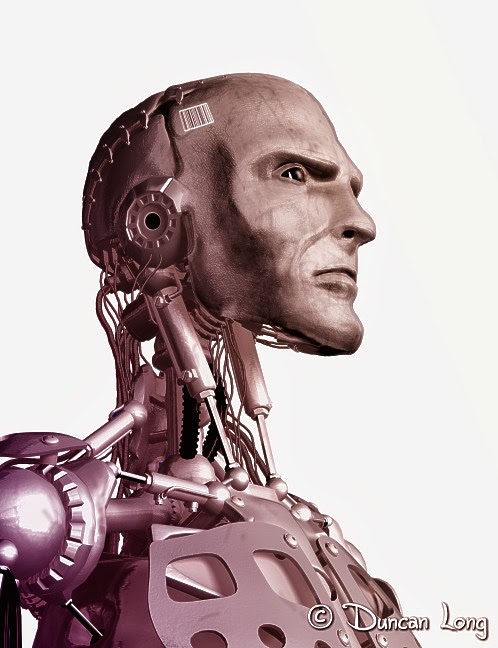 I also have several science fiction and horror illustration projects including one involving a diabolical black cat and a Ouija board that promises to be challenging due to the perspective the author wants for it.

Last year, I had the honor of being selected as one of the 2013 Collaborative Summer Library Program (CSLP) featured illustrators.

Bottom line: I’m a pretty average guy blessed with a little talent and bunches of “lucky breaks” who has the good fortune to make his living doing what he really loves doing.