Graham Masterton is a  majorly accomplished British horror author. Originally editor of Mayfair and the British edition of Penthouse, Graham Masterton's first novel The Manitou was released in 1976. This novel was adapted in 1978 for the film The Manitou. Further works garnered critical acclaim, including a Special Edgar Award by the Mystery Writers of America for Charnel House and a Silver Medal by the West Coast Review of Books for Mirror. He is also the only non-French winner of the prestigious Prix Julia Verlanger for his novel Family Portrait, an imaginative reworking of the Oscar Wilde novel The Picture of Dorian Gray. Masterton was also the editor of Scare Care, a horror anthology published for the benefit of abused children in Europe and the USA.

Masterton's novels often contain visceral sex and horror. In addition to his novels, Masterton has written a number of sex instruction books, including How To Drive Your Man Wild In Bed and Wild Sex for New Lovers. Masterton also spells Djinn different than I do in my books. Djinn as opposed to Jinn. One of us wrong. It was very generous of Graham to take the time to be interviewed by Masters of Horror U.K. today.

At about the age of 7 when my parents took me to see the movie of Jules Verne’s “Twenty Thousand Leagues Under The Sea” with James Mason and Kirk Douglas. I was so impressed by the submarine’s adventures and the battle with the giant squid that I rushed home afterwards and wrote my own novel about fighting giant squids. My hero was a harpoonist called Hans Lee. When I had finished the book I stuck a cardboard cover on it and drew a picture on the cover and sold the book to my best friend for a penny. After that I never stopped writing stories…and even wrote and illustrated my own comic, Flash! with a space pilot called Don Kenyon who bore a distinct resemblance to Dan Dare in the Eagle comic.

I started reading Edgar Allan Poe stories when I was 10 or 11 and loved The Pit and The Pendulum and other gruesome tales. That was when I started writing short horror stories for my friends and reading them at break time in school. One of my friends got in touch with me years later and said that I had given him nightmares for years with a story about a man whose head is cut off but continues to sing “Tiptoe Through The Tulips” out of his severed neck.


Do you think vampires are werewolves are overrated in horror fiction?

Very much so. I admit to have written two vampirish novels, Manitou Blood in which vampires are employed by Native American demons to strike at the white man in modern-day New York, and Descendant, which is about a vampire hunter in the closing days of World War Two. The vampires in Descendant, however, are the Romanian strigoi which have been recruited by the Nazis, and they don’t do anything as ridiculous as bite people in the neck to drink their blood. I wanted to write a vampire novel that was as close to the original mythology as possible. I didn’t want them swooping around in long black cloaks or turning into bats. But my general feeling is that horror writers should look for different and unusual threats…there are so many scary demons in the mythologies of various countries that you would never have time to write about them all.


How do you spell Djinn? (I think I made my own spelling for my book). 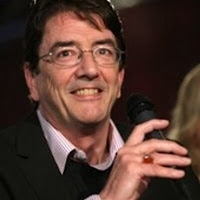 The horror/fantasy market has had its ups and downs, but one of the main reasons is that readers can immerse themselves in really scary stories while at the same time knowing that in reality they are quite safe. The real world is frightening enough, and sometimes it’s reassuring to get yourself involved in a fictitious world in which you know that good will eventually triumph and in which you won’t be bombed or starved or fall victim to some ghastly sickness.

Life. People. I was a newspaper reporter from the ages of 17 to 21 and I learned then to talk to people about what made them happy and what made them sad, and to ask penetrating questions that most people wouldn’t dare to ask. There are stories everywhere.
You only have to look for them, and there they are.


The idea of the wish gone wrong makes for great dark fiction. Did W.W. Jacob’s The Monkey’s Paw inspire you?

I did read The Monkey’s Paw and thought it was a great idea. Life for most people turns out to be a wish gone wrong, so there’s plenty of inspiration everywhere.

You have me stuck there because although I write horror fiction I never read it. I am critical enough of my own writing without picking up a horror novel by somebody else. I have never read a novel by Stephen King, for example, or even by my late friend Jim Herbert. The last novel I started to read was The Process, the story of a journey across the Sahara, which was given to me in 1970 by Brion Gysin who was a friend of William Burroughs. I have got to page 37.

I enjoyed both the Japanese and American remake of The Ring. 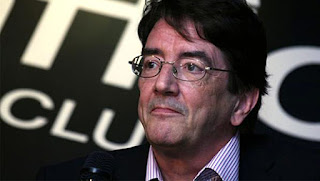 What do you consider your greatest accomplishment as an artist?

I think I have managed to develop my writing to the point where readers feel very involved with my characters and backgrounds, which is what I have been working hard to do for years.

Keep at it. I have helped a young woman Dawn Harris to write her first novel Diviner and she slogged away at it without losing heart despite my very sharp criticisms. It ended up brilliantly. Don’t be disappointed by rejection and don’t be put off by bad reviews. Keep believing in yourself. Don’t try and copy anybody else…always try to be original and surprising. And put moisturiser around your eyes because you’re going to be peering at a computer screen for many years to come.


What do you think of the rise in self-publishing?

I believe that new writers need professional editing and promotion. Sometimes a self-published book can turn out to fantastic, but mostly they need a great deal of editorial attention.

I am finishing a second crime thriller set in the 18th century featuring Beatrice Scarlet, the daughter of a London apothecary, who is something of a Georgian CSI. I will also be writing a 9th novel featuring Detective Superintendent Katie Maguire, and a new horror novel which is almost finished but must remain a secret for the moment!

The best thing that ever happened to me was being expelled from school and starting work as a trainee journalist at the age of 17. By the time I was 21 I had four years’ experience as a news reporter and feature writer and so I was able to land a job as deputy editor of Mayfair the new men’s magazine. I worked there for four years before having a bit of a barney with my boss and leaving to become deputy editor and eventually executive editor of Penthouse magazine. This gave me the opportunity to talk intimately to many different girls and what I gleaned from them I was able to use as the basis for a series of best-selling how-to books about sex, such as How To Drive Your Man Wild In Bed (which is still in print).

After the sex-book market began to wane, I submitted a horror novel that I had written for my own amusement to my publishers – The Manitou. That became an instant best-seller and was filmed with Tony Curtis in the lead role. I continued to write horror novels but also branched out to write historical sagas, political thrillers and disaster novels. My late wife Wiescka and I lived in Cork in Ireland for several years, and my experience of life in Ireland led me to write a series of crime novels featuring Detective Superintendent Katie Maguire. The murders in this series are sufficiently grisly for me not to have lost my horror readers (although, as I say, I am working a new straight-out horror novel) but obviously the crime audience is very much bigger. Thanks to Wiescka I became very successful in Poland and in January I launched the Graham Masterton “Written In Prison” Award which is a nationwide contest for inmates of Poland’s prisons to write a short story. It has been a great success and recently I visited HM Prison Holme House in Yorkshire to talk to the inmates about launching a similar contest in the UK. You can read more about me and see a full bibliography at www.grahammasterton.co.uk