Interview with Jeff Schneider - Director of Evil Under The Skin 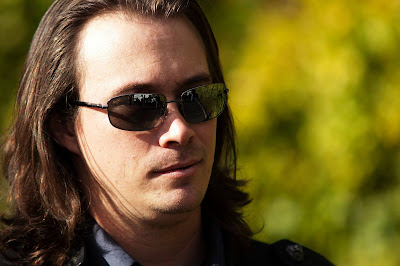 Ahead of the release of his latest film Evil Under the Skin – on DVD and Digital 8th September – filmmaker Jeff Schneider talks about making the transition from being a circus performer to a filmmaker.


When did your filmmaking career kick off?

I started my career with a circus and performing arts troop traveling for several years all over the United States doing pole climbing, hoop diving, juggling, hypnotism, sword fighting and other arena and outdoor entertainment.

I have loved film my whole life. As a kid playing make believe, acting in high school, and working on a circus for 20 years. Film, though, when I got my chance to start that journey of my life it really grabbed me. I love seeing how different people get different things out of films. 10 different people have 10 different strong opinions and interpretations of the meanings of the film.


Most cite “Star Wars” as one of the films that spurred them towards a career in the industry. What film was it for you?

Yeah it was Star Wars! I still remember not wanting to see it I was thinking it would be like the other sci fi films I had seen. But that film, I saw it when I was five, it just blew me away. It cemented my love of sci fi in an instant. 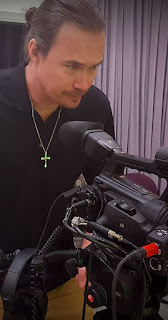 Have you always naturally been drawn to horror?

I do like horror I remember seeing Alien and that movie scaring me to death. I like the different ways horror can affect you I remember seeing the Blair witch Project while in a trailer by a spooky forest and being alone. That really amplified the feel of it. Hearing the noises outside and watching the film at the same time. It is always fascinating how watching a film with a group and watching a film alone how that affects you.


In the case of Evil Under the Skin, where does the story come from?

Luc Bernier wrote the script for Evil Under the Skin and we partnered with him.


I imagine you’re very close to it, so maybe the wrong person to ask (filmmakers hate the question), but what do you believe makes the film superior to others of a similar type?

I think films are like people so each is slightly different and its own person. For me I think it’s the cast and everyone’s love of the craft that elevates it. I think when people watch they will feel that love. We want people to enjoy it and we do the most with what we have so for me it’s not about it being superior as much as making a connection. 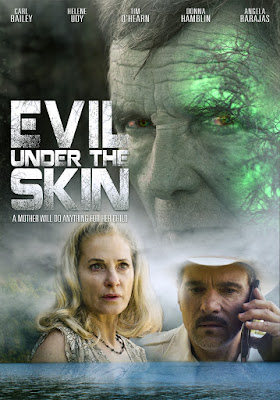