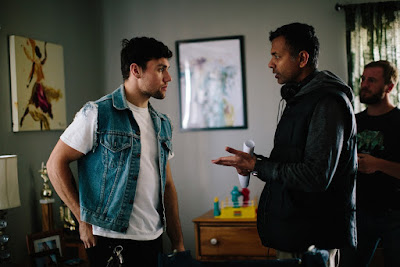 Arvi Ragu’s new film CEREBRUM, premiering Sunday April 25 at WorldFest Houston, had to be based on plausible science, as the filmmaker tells us in this insightful interview.

Congratulations on the film. When did you come up with the idea for it?

While ordering Christmas gifts on Amazon a few years ago, I realized the company recommended products based on my purchasing behavior.  The notion of a computer predicting my buying habits intrigued me.  I wondered how long after my death the predictions would continue.  The idea contorted to become a thought experiment about the effect of digital memory existing beyond a body’s death.

And did the script change much, over the course of developing the script?

Originally, a scientist “resurrected” his girlfriend by loading her social media and digital content onto someone else’s brain.  A cool idea, I reckoned, but I found no heart and soul in the idea; the story needed a real human struggle to move forward.  Even after outlining and completing the script, it changed substantially.  Since I was producing the film as well, I would often don my producer hat and remove scenes or sequences to accommodate budget considerations.

Can you talk about any visual influences? I see a bit of ‘Scanners’ in there!

During the script’s second iteration, the story moved from a typical sterile lab in an urban setting to a DIY operation in small-town Texas.  Given I live in the Lone Star State, this was easily envisioned.  The change required me to rethink visuals - avoid a blue-grey color scheme, that is - and move to a palette that complemented the new location.  No Country for Old Men and Hell or High Water influenced me greatly.

And, I imagine, the idea is for audiences to come away thinking ‘wow, this could actually happen’?

Exactly!  This had to be based on plausible science.  With the recent news about Neuralink reading and brain-wave interpretation - a means to transform analog waves to digital waves - the reverse is theoretically possible.  It also poses the question, “If your digital memory can live beyond your living years, what is death, or on a deeper level; who are you?”

Any ideas for a sequel?

Absolutely.  The film leaves open the prospect of a sequel.  I would be thrilled to see audiences catch on to the possibility. 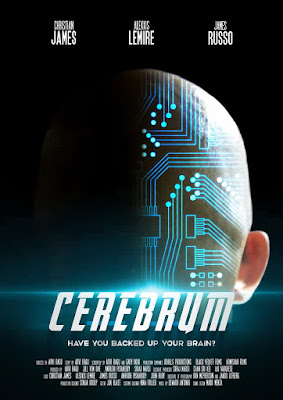