On the eve of the World premiere of LAST SURVIVORS at FrightFest Halloween, Stephen Moyer talks his role and actively challenging the stereotypical view of women in horror.

In director Drew Mylrea’s LAST SURVIVORS, Stephen Moyer plays Troy, who has been living off the grid with his son Jake (Drew Van Acker) for over twenty years. Sensing his son’s growing curiosity about the outside world, he warns him of the dangers should he ever leave their woodland utopia. Any trespassers are shown no mercy, but when Jake happens across a beautiful woman Henrietta (Alicia Silverstone), the utopia Troy has built is set to unravel.

Reflecting on his character, Moyer says, “I'm ageing into those roles where I'm playing the father of twenty-five year olds!. It's like my days are changing in terms of how I see myself and how I'm seen. So that's the kind of stuff that comes to me.” No stranger to genre, the actor admits, “I love this film because it's a psychological thriller as opposed to a straight horror. I was touched by the relationship between my character and his son, and the writing was excellent and really spare, and it’s beautifully set in this remote area.” He adds, “It’s quite a deep thinking film as well as hopefully fun and interesting.”

In spite of his passion for the project, the outbreak of Covid meant for a time that the film might never happen. “A year a half before we even shot it, Drew and I were talking about who my character was. Covid happened and it looked like the film wasn't going to happen, but then they found a window. We went off to Montana in the middle of nowhere, and shot it in the snow.”

The films drama revolves around the arrival of the disruptive stranger (Henrietta, played by Alicia Silverstone, a familiar antagonist in cinema. Speaking about the appeal of these characters, Moyer suggests, “often it's something other to us. They’re someone who has a different sense of being of exactness, or self-possession that we don't ourselves have. When somebody feels like they're different, ‘the other’, we're compelled to watch them. In some way we're all hoping that we could be like that, and have that sense of self-belief. It’s always tantalising.”

This speaks to the idea that cinema allows the audience to express their less sociable side. It’s the part of us that wants to not have to conform to social expectations and please other people in order to belong. “They exist in their own world without the same moral compass, so it definitely sets them apart.” Moyer continues, “There's definitely a primal, elemental idea of what the female represents in this story. It's early man stuff in terms of primal origin, desire and Adam and Eve. There’s also a whole other underlying story about her personal journey, which one doesn't necessarily perceive if you’re not watching closely in her moments.”

Elaborating on his observation of what the female stranger represents, Moyer believes genre cinema is actively challenging the stereotypical view of women in horror, who are often sexualised and subjected to violence. “Obviously it's not a perfect world, but how far we've come in these last few years is incredible. So to be fair that's happening, and it’s about how in any way we can empower not just female characters, but female writers, and filmmakers and crew.”

He adds, “If you look at how something like PROMISING YOUNG WOMAN flipped the idea of what we find morally agreeable, there's this fantastic role for a woman who is all things and more. It’s happening as we speak, and the closer we get to that 50/50 divide of crew and cast, writers and directors, the way that stories are told will change. It's inevitable and it's happening already.” 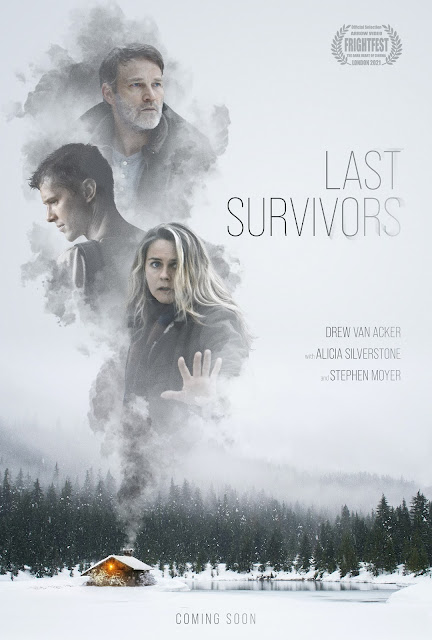