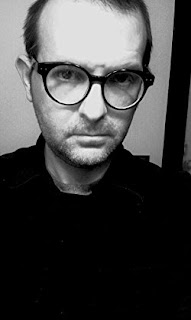 Late middle school or early high school. My friends and I were mostly poor-ish kids living in a conservative rural town in Ohio pre-internet. We wrote for fun. Horror stories and a lot of stuff just to make each other laugh. We were kind of nerdy and really really bored. I started submitting stuff to magazines and ‘zines toward the end of high school and always managed to get a couple things published every year. I guess that was all the encouragement I really needed. I’ve never really thought too seriously about not writing. Despite a lot of life changes over the years, the writing is something that’s always been there. It’s not even really something I think about that much anymore. It’s just something I do whenever I can find the time.

It probably goes back to the first time I ever read a Ray Bradbury story. I mean, I’m pretty sure he was the first. Then I remember my mom had some sort of Book-of-the-Month Club thing and I was looking at the catalogue and came across Stephen King’s Pet Sematary (the cover had that creepy cat on it) and I made her order it for me. I was probably only ten or eleven and it was probably not remotely appropriate and it probably took me way too long to read it. I also had an aunt who would let me watch things like The Texas Chain Saw Massacre that really had an effect. I don’t know. I grew up in the ’80s. Horror was kind of everywhere. I imagine a lot of people probably got burned out on it because of this but we didn’t have cable TV and my parents were gripped by the whole Satanic Panic religious fervor of that time so the movies weren’t really allowed in our house but it was so alien to them to have a kid who wanted to read that they never really restricted that so I would grab up cheap paperbacks from used bookstores by people like Stephen King, Peter Straub, Clive Barker, Skipp and Spector. Those guys were kind of my rock stars in middle school and early high school.

Do you think your books are too extreme for mainstream readers?

I don’t really think about that. Maybe so. I’ll start telling myself that to justify the lack of sales. That sounds better than just admitting my books suck, I guess.

Which of your books would you most like to see made into a movie?

Oh man. I would be pretty overwhelmed if anybody wanted to put that much time and effort and dollars into anything I wrote.

Why do you think horror and fantasy movies remain so popular?

There’s something in it for everybody. From quiet to extreme. G-rated to Unrated. From gripping explorations of difficult emotional territories to straight-up gore and camp. The only real limitations seem to be those the creator wants to impose on her/himself.

My kids. My girlfriend. Family. Fiction. Film. Art. Nature. Travel. Food. The daily grind of existence. The world around me. It’s probably the same for most people. If I ever get sick of the writing thing (and I do, sometimes daily) I just think about how much pleasure and understanding of the world around me that fiction has given me. It’s also how I met my long-time girlfriend and every other friend I currently have. That’s enough to keep me going. It makes my world bigger.

Tell us about your typical workday.

Oh boy. It’s a slog. I wake up around 9 and go to work in the same office where I’ve worked for the past decade or so. I sit in a chair and type things into a keyboard and listen to music and podcasts and audiobooks. It’s kind of a lot like writing only there’s no creativity. I eat trail mix and drink coffee and water, lots of water. Sometimes I have to pee a lot and the bathroom doesn’t always smell that great. Then I come home and eat dinner with my girlfriend. We eat a lot of Indian food. Then we take a nap, get up, and make coffee. My girlfriend is a writer too, so this works out because this is when I’ve been doing the bulk of my writing and editing. When we knock off writing we do couples’ stuff like read and watch movies. Then I usually go to bed around 3 or 4 and wake up and do it all again. In a good week, I’ll probably only write ten hours at best.

What do you think the differences between American horror and British horror are?

I don’t know. This isn’t something I’ve given a lot of thought. I imagine the internet has blurred and will continue to blur a lot of geographic specifics.

I read a lot and probably have too many favorite books to name. Some of the most influential ones for me are:

It by Stephen King
The Books of Blood by Clive Barker
If You Could See Me Now by Peter Straub
Naked Lunch by William S. Burroughs
The first Splatterpunks anthology, edited by Paul M. Sammon
The Association by Bentley Little
Something Wicked This Way Comes by Ray Bradbury
American Psycho by Bret Easton Ellis

I’m sure I’m leaving a lot out. I watch a lot of movies and most of them are probably horror.

What do you consider your greatest accomplishment as an artist?

The next book! I’m always slightly amazed when it happens. Like, “How did I have time for that?”

Look at what I’ve done and then do the exact opposite.

What do you think of the self-publishing trend?

I like it. I think it will probably replace (not completely, but to a large extent) the small press. Maybe it already kind of has. I think it will evolve as different groups of like-minded writers buy and read each other’s stuff and will be a little more organic and less forced than some genre cliques. Say what you will about the removal of gatekeepers but, especially in regards to the arts, I don’t see how this can be a bad thing. I’m pretty comfortable about making my own decisions about whether or not I like something. There are writers people have read for years and then their publishing house folds or their genre dies and their readers are like, “Whatever happened to that guy?” Now there’s not really any reason for this to happen. The bottom line is that it provides more people with more chances and that’s always good.

I’m editing my latest book called Failure As a Way of Life. Should be out next year.

Please in your own words, write a paragraph about yourself & your work.
I’m the author of over twenty novels and short story collections. I founded Grindhouse Press and Atlatl Press and still currently run Atlatl Press. My only real goal with my writing is to tell a compelling story and entertain myself and, hopefully, others as well. I currently live in Dayton, Ohio and need to sell a lot more books so I can move away. You can visit my website at andersenprunty.com and always feel free to send me an email or message me on whatever social networking site you happen to catch me on.
Links:
andersenprunty.com
https://www.amazon.com/Andersen-Prunty/e/B002BMGMJS/