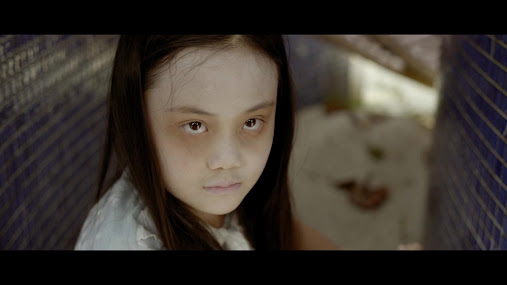 From directors Goh Ming Siu and Scott C.Hillyard, the provocative horror-thriller fixes on 50-year-old Jim who has constructed a perfect life in the world’s most expensive city. When he is unexpectedly laid off, he desperately clings onto the symbols of his success, while wrestling with resurfacing demons from his past.


Where are we speaking to you from today?

Scott: We both live and work in Singapore.


And was the pandemic as punishing on you, as a filmmaker, as it was most others in the game?

Ming Siu: Work-for-hire pretty much dried up, and I didn’t have income for over half a year. Then writing trickled back in slowly as production started up again with safety measures.

Scott: The entire industry was put on pause for awhile. But when restrictions began to lift, everything started pouring in. We were actually in the middle of our festival run when the pandemic hit. And it’s kind of funny because we were in a lot more festivals once everything went virtual.

Ming Siu: That meant we could actually “attend” most of the festivals and do online Q&As, which we wouldn’t have been able to do if they were physical events, given the high costs of international travel. Scott: During the pandemic, we also saw many short films that were made under lockdown conditions appear online, like the horror shorts David F. Sandberg made. So we decided to give it a go as well. Problem was, we had to do everything remotely, including write, direct, edit, and score, since all of the team were living separately.

Ming Siu: That was a bit of a nightmare, because we would have several devices lined up in a row, so that the actors could shoot themselves on their phones, while showing the phone screens to the camera of a laptop on which we were having a video call.

Scott: The short turned out quite well. It’s called “The Shape of You” and has also played in several festivals around the world.


Are you back at it even more so now?

Scott: Right now I would say that things are returning to normal? Just with new rules.


How different is it, with all these covid protocols and changes?

Ming Siu: In Singapore it was challenging for a while, because the regulations were actually changing every few weeks, depending on the situation, and productions had to adapt very quickly. And it’s great that people view safety as a priority, but sometimes that makes it hard to create a bond on set when everyone eats alone, for example.

Scott: Yeah, there was a period of time when the social distancing protocol made it really hard to block actors in a natural way, because we weren’t allowed to position actors close together. Now at least that rule’s gone. But we’re still not allowed to have more than a certain number of people in a frame together. I actually still don’t quite understand that one.

How did you come up with the idea of “Repossession”?

Scott: We wanted to make a relatable film, so we began by asking ourselves, “What scares you the most?” And we realised that our answers weren’t necessarily the supernatural, ghosts, spirits, and so on. It was real life, where the stakes can be tremendously high. Then it became clear to us that Repossession had to be grounded in reality, even the horror needed to be. For our exorcism scene, we actually consulted someone who’d done that work before, for authenticity.

Ming Siu: We also took some inspiration from actual events that happened in Singapore. For example, around the time we conceptualized the story, there were some massive layoffs at prominent companies that took place almost exactly like how we depicted it. When you ground the film like that, then tether otherworldly encounters to characters who are three-dimensional and real to the audience, the stakes become that much higher, and juxtaposition of the two worlds creates a very interesting tension. And we’ve found out from audiences that the groundedness makes our film very relatable – painfully so at times.

Scott: With Repossession, ambiguity was also important to us. It’s quite a unique situation where on the one hand, we’re adamant on grounding everything, including the horror, in reality. But at the same time, we’re also trying to say that not everything that happens needs to have a reason.

Ming Siu: Because life isn’t so neat and tidy. It’s innately human to desire answers, but there’s often no clear answer to be found in life. Sometimes it seems that people go overboard in demanding answers, with articles and videos explaining What Really Happened in Pan’s Labyrinth or Does the Spinning Top Fall in Inception. Perhaps it’s a symptom of consuming only a certain kind of media diet? Scott: We prefer to lay out evidence for the audience, nudge them towards making the connections, and leave the rest of the interpretation up to them, instead of spoonfeeding them. And some people love that sort of thing, while others get angry…


Did you sit down and watch some similar films? Heck, I can’t even think of what we’d call.. similar?

Scott: Not “similar” per se… We wanted to draw inspiration from the films we liked, but not copy them slavishly in any way. So the watching of films was done earlier on in the creative process, so that by pre-production, we were already very clear on our vision for the film. What we were aiming for was something that got under your skin and stuck with you for a long time, because we wanted to challenge ourselves. Besides, we couldn’t afford to splash tons of money on flashy VFX.

Ming Siu: We were inspired by different aspects of various films. For example, the handheld cinematography of European arthouse films, the social realism of Ken Loach, the mood and tone of Kiyoshi Kurosawa, the compositions of Edward Yang and Wong Kar-Wai, where the framing of the shot enhances the thematic elements.

Scott: We also love the oppressive mood of The Blackcoat’s Daughter by Oz Perkins, and the way the supernatural is handled in that film. And of course, the bold structure of Audition, with its abrupt midpoint tonal shift. That was a key inspiration for our structure.

Ming Siu: So as you can see, our inspirations were very broad, not just from within genre film, and they’re from different eras too. Although all art builds on what came before, so I’m sure many of these filmmakers have firm foundations in the classics as well.


Are any of the characters based on anyone you know?

Scott: Well, in the film, Jim is laid off and desperately seeks work because of his mounting bills, since Singapore is the world’s most expensive city. But he’s “overqualified” for everything, which is a nice way of saying that he’s too old. The same thing happened to my father. As for basing characters on people we know, it’s not necessarily a one-to-one thing, but more of an amalgamation. Putting traits of people we know, or what we observe about people of a certain generation, into the characters.

Ming Siu: And we certainly have things to say about individuals and the systems that they’re trapped in – which we ourselves are living in, so it hits close to home. We were also heavily invested in authenticity in the depiction of different aspects of Singapore life – the languages, social strata, details of realism, and so on, not just the glossy Hollywood version like what you see in Crazy Rich Asians.


As a director, I imagine you get most of the say in casting? Anyone you especially fought for?

Scott: Producers often have more power than directors, but we’re also the producers, so we had all of the say. We’ve been working in the industry in Singapore for a long time, and know many actors personally. As we were writing, we already began to see certain actors in specific roles. Our leads Gerald Chew and Amy J Cheng, we asked them very early on, and they actually read early drafts and offered feedback to help mold their characters.

Ming Siu: Almost every actor that has a speaking role in the film is an established stage or screen actor in Singapore; we went through our contact lists and asked for their help directly. And we’re so grateful that almost everyone said yes right away. For example, we were at a play when we ran into Lim Kay Siu, who’s playing Gyatso in the upcoming Avatar: The Last Airbender series from Netflix (Scott: We’re super excited btw). I’ve known him and his wife Neo Swee Lin for years, so we just flat-out asked them to be in our movie, even when we didn’t know what roles they’d play yet. Kay Siu ended up being Gerald’s new boss, and Swee Lin played Sister Agnes at the nursing home.


Do you do a Hitchcock and cameo in the film?

Scott: Both of us do. I play a promoter who tries to get Gerald’s character to become a driver, and Ming Siu plays his concerned colleague early in the film. It saved us a couple of bucks since we didn’t have to pay ourselves.

Ming Siu: Besides, Scott is an actor, and I was a theatre nerd in high school, so it wasn’t like we didn’t know how to act.


Can you envision this turning into a franchise?

Scott: Not really. It’s going to be challenging to even make the first one profitable. From audience reactions, we learned that we’d made a polarizing, divisive film, even if we didn’t set out to do so. We had walkouts, but we also had Q&As with intelligent, incisive questions that showed that those who had connected with the film had thought deeply about it. That was very gratifying.

Ming Siu: The thing is, we don’t handhold, and audiences have to infer and read between the lines. Some of the context isn’t explained, and is conveyed more through mood and character behavior. In an Asian society, people react and behave differently; there’s a lot less free expression of emotions and a lot more self-repression. Our main character, being of an older generation, only knows how to operate in that particular mode. One of the comments we’ve gotten from audiences is that he isn’t an active protagonist, but that definition of “active” is from a conventional Hollywood perspective. From an Asian perspective, he’s tremendously active, trying and trying his best, but his problem is that he can’t escape the invisible restraints in his mind.

Scott: And some people love the restrained, subtle acting, while others call it “wooden”. We’ve won awards at prominent festivals for our writing and direction, but conversely, others have slammed the exact same things. So the response really depends on the individual viewer and how open they are to different filmic experiences. Many of our strongest supporters are in the US, so we hope that there are many like-minded individuals out there who will give our film a chance.

Ming Siu: The one thing nobody seems to have a problem with is music. So props to our composer Teo Wei Yong! He’s won the Chinese cinema equivalent of an Oscar, a Golden Horse Award, for the 2018 film A Land Imagined.

Scott: Maybe some sharp-eyed viewers will catch some faces they recognize too. Amy J Cheng, our female lead, was in Crazy Rich Asians. And Lim Kay Siu who appears in a few scenes in our film is playing Gyatso in the upcoming Avatar: The Last Airbender series from Netflix. 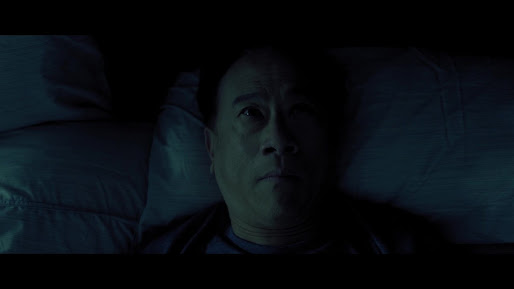